Dr. Tim Elmore is the founder and CEO of Growing Leaders. His work grew out of 20 years of serving alongside Dr. John C. Maxwell. Elmore has appeared in The Wall Street Journal, the Washington Post, USA Today, Psychology Today and he’s been featured on CNN’s Headline News and Fox and Friends. Tim has written over 35 books, including Habitudes: Images That Form Leadership Habits and Attitudes.

Who is Tim Elmore

His work grew out of twenty years serving alongside Dr. John C. Maxwell where he focused on leadership for the emerging generations. Elmore has appeared in The Wall Street Journal, the Washington Post, USA Today, Psychology Today and he’s been featured on CNN’s Headline News and Fox and Friends to talk about leading multiple generations in the marketplace. Tim was listed in the top 100 leadership speakers in America by Inc. magazine. He has written more than 35 books, including the best-selling Habitudes: Images That Form Leadership Habits and Attitudes. Tim and his wife, Pam, have two adult children, Bethany and Jonathan. He and Pam live outside of Atlanta. You can also find his work at: TimElmore.com Tim Elmore is a great communicator. His material is relevant and helpful. I enjoyed his leadership teaching so much, I asked him to teach our entire staff.

Tim Elmore has served on my staff since 1983 and has worked with students even longer. He is able to help you wrap your arms around the subject of leadership. No one teaches leadership better than Tim Elmore. I recommend him as a teacher and a mentor.

As a university dean, I believe anyone who cares about the future of this generation should digest the materials from Tim Elmore and Growing Leaders. He understands what students need and how to deliver it in a relevant fashion.

As we all know, our workforce makeup continues to evolve each year. With the Millennials becoming the largest portion of our population, and the fact that multiple generations make up today’s employees, our leadership styles have to be more adaptable than ever. Dr. Elmore’s presentation helps you recognize the key differences between generations in a very common sense and easy to understand approach. The session was very engaging and challenged the way we need to think and approach our roles of a leader with today’s workforce.

"I have attended (and facilitated) a lot of “Generations in the Workplace” trainings in the past but, in my opinion, yours was the best I have ever heard."

Do not remove the column this text block resides in from this row as some of the css for this row is specifically targeted based on this column existing.

This text will not be visible on the front end of the website. If you would like to put a title into this column as in other spots on the site, simply delete this text block and drag in a Growing Leaders saved module. 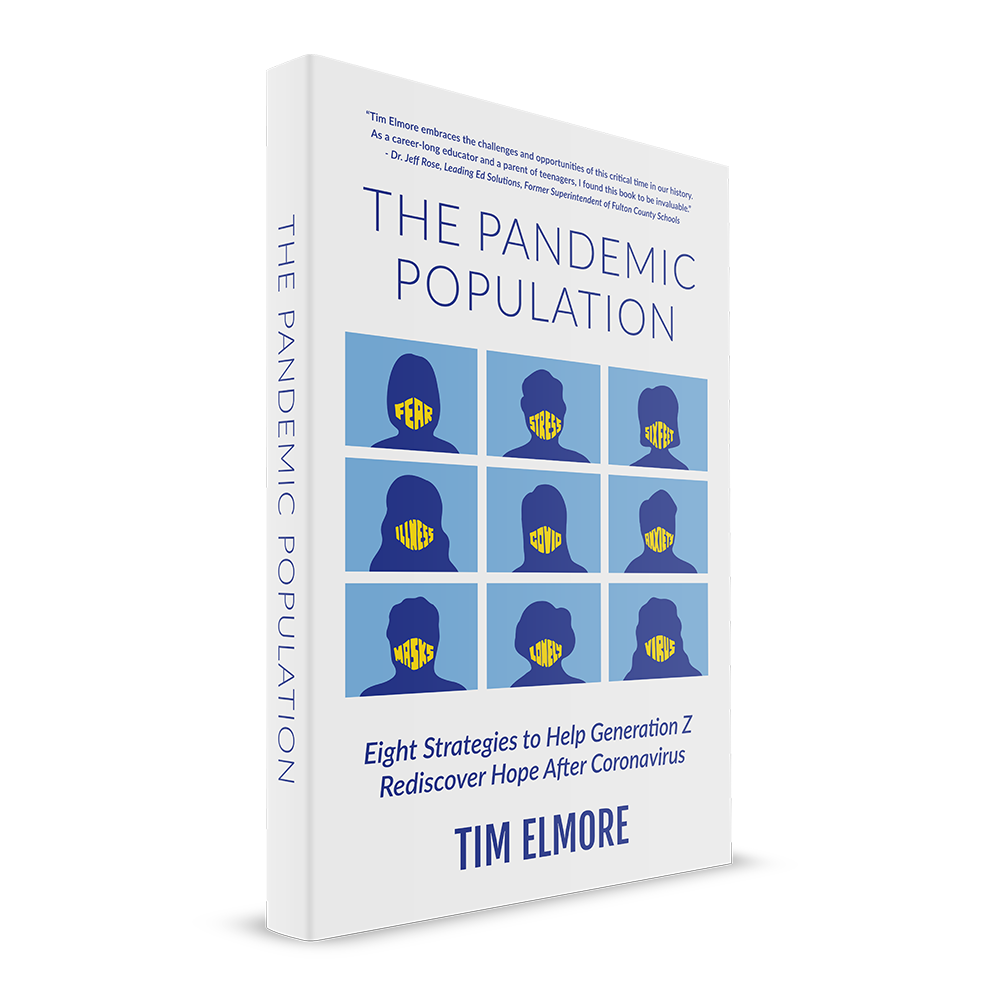 "We need to let our kids take appropriate risks in our “safety first” world. But, when they choose something odd or even crazy, stay calm. Whatever you do—don’t freak out at the seemingly strange decisions teens feel empowered to make today. From tattoos, to piercings, to decisions about friends, to gender fluidity—kids growing up today are living in a very new world."

Read more about Dr Tim Elmore's expert insights on Generation Z by clicking the link below.

"According to a new study from Arkadium, Millennials prefer online news when it has images or visuals accompanying that news. Eighty-five percent of young adults will continue listening or reading content if it includes visuals. As a result, any successful content provider will use an image or two to keep the user engaged."

Read more about Dr. Tim Elmore's expert insights on the Millennial generation by clicking the link below.

Designed by Generation Z expert Dr. Tim Elmore, the Habitudes leadership training curriculum is a fun, creative and engaging way for the next generation to learn and practice leadership. Four Messages Your Freshmen Need To Hear This Year A Commitment for Educators: Being Fully Present in the Moment The One Thing I Do at the End of Each Year