The Top Ten Leadership Movies of 2021

In the past, I’ve posted blogs on great leadership movies and the conversations they can start with colleagues and students. Below, I offer you my list of the top leadership movies of 2021. This past year, the theme of leadership was subtle but definitely present. My son, Jonathan, is a movie buff, so together, he and I, offer this list of movies and themes to think about. Some are dramas, some comedies, some thrillers, and some action adventures. Please watch them before you discuss them with teens, as some are rated R and not appropriate for younger audiences.

This is the story of how tennis phenoms, Serena and Venus Williams, were raised by their dad and mom. Both Will Smith (Richard Williams) and Aunjanue Ellis (Brandy Williams) give stellar performances as the girls’ parents who attempt to balance between a life of requiring excellence and offering ownership to their daughters as teens. Richard can be overbearing in his demand for perfection, and he needs the empathetic diplomacy of Brandy who reminds him that the girls must assume responsibility to choose their lives and profession. Together, the two illustrate the balance all great leaders must furnish to their teams, even if they are our offspring. The film is a great discussion starter for leaders and for parents.

My wife and I really enjoyed watching this film. It is the story of Clare, a black woman who passes for a white woman during the 1920s while living in New York. It’s an adaptation of Rebecca Hall’s novel about a woman who quietly lives a lie, not because she is a horrible person but simply because she enjoys the perks of being white and not enduring the treatment minorities received a hundred years ago. The burden she carries inside becomes too heavy. She longs for a reality that isn’t fully in her grasp and wants to lead a life of integrity, even if it means giving up her duplicitous past. This is a great discussion starter on identity and honesty.

This is a light-hearted family comedy, starring Ryan Reynolds. When a bank teller named Guy discovers he’s actually a background player in an open-world video game, he decides to become the hero of his own story—one that he can rewrite himself. Instead of merely fitting into someone else’s ideas, he takes the reins of his destiny, making his own choices and maturing along the way. It reminded me of Julian Rotter’s scale revealing how people develop an internal locus or an external locus of control. In a world without limits, Guy is determined to save the world his way before it’s too late. The tag line for the movie is “The world needs a hero. They got a guy.” The conversation, of course, is about how ordinary people who decide to take responsibility for their lives and exercise agency can take charge of their own futures.

This crime thriller is about a deputy sheriff, Joe Deacon, and a detective, Jim Baxter, who search for a serial killer who is terrorizing Los Angeles. As they track the culprit, Baxter is unaware that the investigation is conjuring up echoes of Deacon’s past, uncovering disturbing secrets that could threaten him as well as the case. Spoiler alert– in the end, we discover Deacon is a killer, having accidentally killed a girl who was a victim in his unsolved case from years ago. He gets his partner and a medical examiner to cover up his crime instead of facing the truth. This film is rated R, which may prevent you from discussing it with younger students, but it clearly sparks discussions about the role of integrity, honesty, and ethics in our lives as we face hard facts.

This was a sleeper for my wife and me. The term CODA stands for Children Of Deaf Adults. Ruby is the only hearing person in her family of four. In the film, this teenage daughter of two deaf parents wants to learn to sing instead of working in the family business, catching and selling fish in a seaport village. Her parents need her as a translator for them to earn their living. She is torn between fitting into her family’s tradition of sustaining their livelihood and breaking out to become who she feels she was gifted to be. There is conflict as her musical talent is discovered by her director but never appreciated by her deaf mom, dad, and brother—until they develop an understanding of what each person is talented to be and do. It’s a great discussion starter on using our gifts in the best fashion.

It is interesting that two movies about black tennis stars were released in 2021. King Richard (which we reviewed above) and this one. This is the story of Arthur Ashe, the first black tennis star. According to Wikipedia, he is the only black man to win the singles title at Wimbledon, the Australian Open, and the U.S. Open. Both films look at the theme of black excellence in a white sport. This story underscores the difficulties Ashe endured when he was forced to practice on different tennis courts than his white counterparts and his problems competing in certain matches. Although Ashe became prominent during the Civil Rights movement of the 1960s, he was less vocal about racism until later. As activism was thrust upon him, he campaigned against apartheid in South Africa and also started the Arthur Ashe Foundation to defeat AIDS after contracting it from a blood transfusion. The leadership conversation is how one’s talent can offer a platform for positive influence if we leverage it well.

Released on Christmas day in 2021, this is the story of Curt Warner, the undrafted quarterback of the St. Louis Rams NFL team. Curt didn’t play college football at a Power Five conference school. He lasted one day at tryouts for the Green Bay Packers and was cut. He became homeless and was stocking shelves at a Hy-Vee grocery store when he decided he would not give up on his dream. He began playing arena football in Iowa and got noticed. Curt’s leadership journey was a personal one. His reputation was about running from challenges, not being quick enough, and failing to make necessary decisions. He emerged not only as an MVP athlete but as a leader both on the field and at home. This will spark great discussion on what’s required of a leader.

Andrew Garfield stars in this Lin Manuel Miranda film about a young man turning 30. Jonathan Larson (Garfield’s character) wants to make a difference with his life, to make a mark on this world. On the brink of turning 30, this promising theater composer navigates love, friendship, and the pressure to create something great before his time runs out.  Jonathan isn’t a leader in a traditional sense—someone who manages an organization. He is a leader, however, in the sense that he tries to leverage his talent and relationships to do something that will impact his industry. The story illustrates resilience, and the first song in the film reveals the title. Jonathan wants to influence the world before he gets too old and dies. The leadership conversation is about stewarding our time and talents and how to manage them both.

Like the other versions of the story, the major theme is clear. The Green Goblin believes if you have power, you have the opportunity to take. Spiderman comes to believe if you have power, you have the responsibility to serve. In the film, Spiderman matures in his understanding of what he’s to do with his influence. Spoiler alert—all three actors who have played Spiderman over the last 16 years (Toby McGuire, Andrew Garfield, and Tom Holland) and the audience can see two of the spidermen have matured a bit more than their younger counterpart, who is still a teenager. Spider-Man must take on nearly all of his past villains from past films and find a way to cure them (not kill them) of their evil. The leadership conversation surrounds doing the right thing, using your influence for good, and the motivation of revenge vs. responsibility.

This is a heartwarming animated film from Disney. The music is from Lin Manuel Miranda, who wrote Hamilton. It is the story of how families are led and sustained. The Madrigals are an extraordinary family who live hidden in the mountains of Colombia in a charmed place called the Encanto. The magic of the Encanto has blessed every child in the family with a unique gift—every child except Mirabel. Poor Mirabel is reminded she has no extraordinary gift while her sisters’ gifts are obvious. Her journey leads her to discover why the magic is weakening and how her initiative and influence can save the day, even without an outstanding talent. Mirabel is brave and honest and even right-sizes her grandmother’s expectations of being perfect. The conversation is about gifts, influence, and how everyone plays a role on a team or family.

I hope you enjoy the conversations these stories can spark. 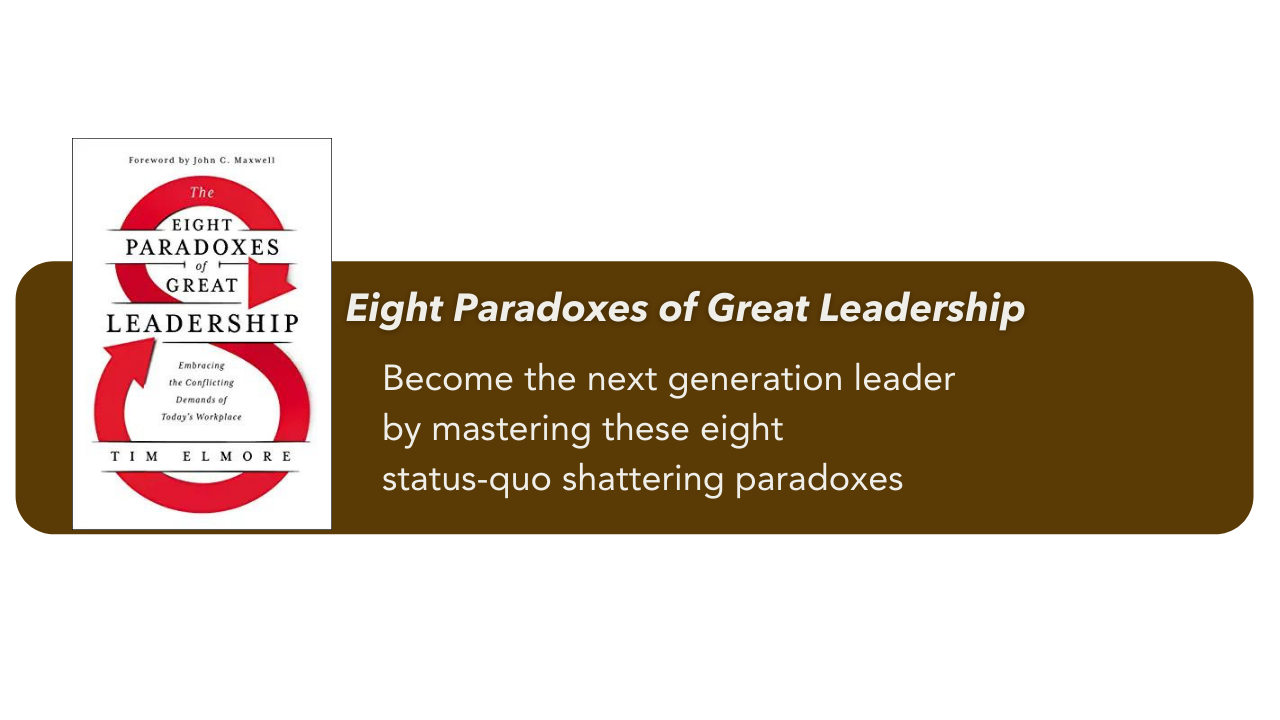 The Top Ten Leadership Movies of 2021

How Four Generations Differ in Their Approaches to Work