This column was originally published on Entrepreneur.com on September 28, 2017.

You may not be shocked to learn that the majority of today’s emerging youth population see themselves as entrepreneurs. Instead of seeking that corner office in a large company, they envision creating or curating something and then selling it as a product or service. What’s amazing is—sometimes their lack of experience is actually what makes them successful.

“Rookie smarts” is a term tossed around in business circles today describing the effective ideas that new or young people (Millennials or Generation Z) come up with and attempt to launch—concepts that seasoned veterans would never try. Why not? Because of their experience.

The Role of Vision and Blind Spots

The idea of “vision” and “blind spots” when used in tandem appear like an oxymoron. How can someone have them both? The fact is, we all do. When driving a car, we possess vision to see the freeway ahead, but we also have blind spots, regardless of how many mirrors our vehicle has. I believe young “rookies” can leverage both of these in business. The good news is, we don’t have to be young. Simply defined:

1. Vision enables rookies to see what others may not yet see.
2. Blind spots prevent them from seeing what others see.

Twenty-seven-year-old entrepreneur Ankur Jain explains it this way: “If they’ll make the leap, young entrepreneurs are especially well-positioned to succeed. In every other industry, age equals success: the more experience you have, the more senior you are. Entrepreneurship is the one place where some of the youngest people are at the top of the food chain. Why? Because young entrepreneurs’ inexperience is their greatest asset. They can come into an industry and ask questions about things that, for everyone else, have become unquestioned assumptions.”

What’s more, young entrepreneurs are still unburdened by the accumulation of “stuff”— including old ways of thinking and doing work, mortgage payments and bills, and lifestyle choices that are so entrenched, it’s nearly impossible to dig out of them. Many have accurately noted, “A lot of people think innovation is thinking outside of the box, when in reality innovation comes from thinking about a problem from a totally different box.”

The fact is, innovative products and services are launched every year by people who see an opportunity that others miss. The better we can leverage this “rookie advantage” the more we’ll succeed in today’s competitive world. Just ask Angela Ahrendts. Now the senior VP of retail at Apple, Ahrendts’s role as CEO of Burberry put her on the map. When she arrived in 2006, Burberry’s brand was declining. When she left in 2014, Burberry was thriving. One of her secrets was meeting with her youngest team members and asking them what they felt could be done to resurrect their amazing trench coat company. Her young employees suggested creating space on their website to allow customers to post photos of themselves in a Burberry coat.

Sara Blakely is the creator of “Spanx,” leggings and shapewear. After coming up with the idea, she developed a prototype and took it to the Neiman Marcus department store headquarters. She wouldn’t leave, she later said, until she got a brief meeting with a representative. Sara promptly took her into a ladies’ restroom where she demonstrated what Spanx could do for a woman’s figure. The rest is history. She’s now a billionaire.

Later, when Blakely spoke to other salespeople, they marveled that she’d gotten in to see an executive following a trade show. How did she do it? Blakely looked puzzled, explaining she’d never taken her product to a trade show as she didn’t know that was protocol. She just went straight to the top. It was, in fact, her inexperience that gave her rookie smarts. It was Blakely’s blind spots that gave her brilliant vision.

It’s the same with rookie smarts.

So what are the actionable steps young rookies can take to insure they are smart?

1. Look at industries that are stuck and need a revolution.

Be willing to step outside of your familiar or comfortable zone, where you’ve fallen into a rut in the way you think. Instead, look outside at industries that have stagnated or fallen into disrepute with consumers because they’re in a rut: transportation, healthcare, social services, insurance, banking, etc. Consider Uber and Lyft, which revolutionized the “taxi service” industry because they pursued it a totally different way.

2. Listen well to people who are or could be customers.

The entrepreneurs who’ve surprised industries with their rapid success have been young and willing to listen. They’re teachable. They want to attempt new services or products because the old ways seem so antiquated. (Think Baby Boomers who’ve insisted on continuing current methods in a time of rapid innovation and growth.) Reed Hastings came up with the idea for Netflix when he returned a VHS tape to Blockbuster and got a whopping fine for being late. When he proposed his idea for Netflix, Blockbuster rejected it. They’re gone because they didn’t listen.

3. Lead the way, by risking a prototype before it’s perfect.

Most of the time, we must shoot bullets before cannon balls, says Jim Collins. By this he means we must begin to aim at a target and start hitting it before using larger ammunition. Don’t try to be perfect right away. If you wait for perfection, you’ll be left in the dust. Perfection comes later as you tweak the recipe.

Recently, Entrepreneur published an article on Emily Weiss, who created her make-up company, Glossier, in 2014, by following all three of these steps. During the course of her internships and early career, she recognized how most cosmetic companies sell products based upon women feeling bad about themselves. Weiss decided to do something radically different in the industry.

She looked and saw an industry that needed help. She listened, via social media connections. She asked a question about what product her followers really wanted and needed and they responded. Glossier usually has it ready within months. Finally, she led the way. Without any experience in the cosmetics industry (she was a studio art major in college), she learned from mentors about scaling, capital investments, P and L, and so forth. And she got it. All because she leveraged both vision and blind spots.

Are Millennials Lacking Productivity at Your Workplace?
Download Our Free eBook: Managing the Toughest Generation

A chasm exists today between adults and the youngest generation of employees who are entering the workforce. To attack this issue, we’ve written this eBook to help business leaders and employers bridge the generational diversity gap by learning how to leverage and maximize the strengths of each team member, especially those newly entering the workforce. Discover how to best manage Millennials in the workplace by downloading this eBook for free at the link below. 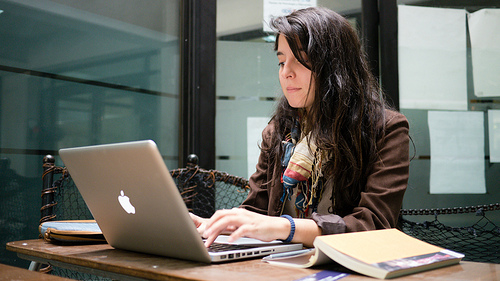 Five Steps to Teach Students to be Critical Thinkers 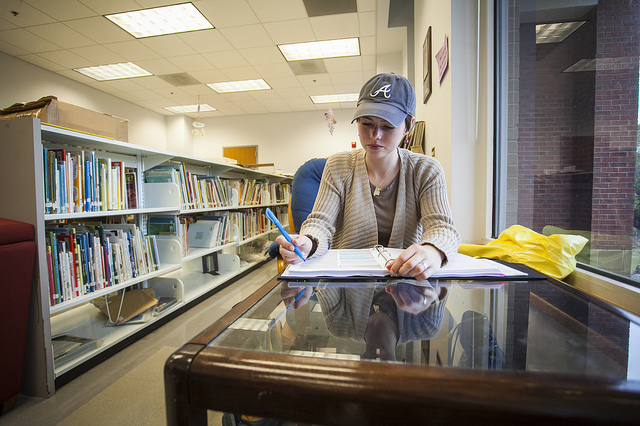