What Scares Me Most About Leaders and Followers Today

Over the last two years, “we the people” of the United States have become “up on arms” over the scandals on Wall Street. Bernie Madoff and Allen Stanford swindled — not millions — but billions of dollars from folks who trusted them. On top of that, Americans scoffed at the bailout dollars given to automakers like Chrysler and GM. And it didn’t end there. Investment bankers, Fanny Mae and Freddy Mac all got some love for their sins. And we protested. It just seemed wrong for leaders who mismanaged money to be rewarded — even rescued — by the Federal government. It got worse when we discovered many of these leaders received year-end bonuses, while their organizations were receiving bailout money. Ironically, Congress leveled a mammoth judgment upon those corporate tycoons, then demonstrated they were guilty of some of the same sins of misspending and embezzling. They may be worse. Many of us have mused over and over: If the government were a business — they’d be out of business.

While I hate all of this, like most do, these mishaps don’t scare me as much as something else going on in our culture between leaders and followers. Let’s be honest. Most people agree that what’s happened is wrong. Radio talk shows blow the whistle and remind us of it daily. We get it. What frightens me far more is what has happened to the typical American citizen. We’ve become blind to something far more sinister in our culture. We’ve fallen into a trap laid unwittingly by the media, the Internet and crowded schedules with no margins. With little time to think for ourselves, we’ve fallen in love with the “campaigning leader.”

The Campaigning Leader
The new leader today is a campaigning leader. These folks know that what they must do well is campaign for an emotion from their constituents. Quality leadership is no longer about substance but style. How does it appear? How will it be written up tomorrow? What will be the sound bite that folks remember?

These inquiries are not wrong in themselves, but leaders — and their image consultants — now act based upon the answers to these questions, not from principle. They lead for the camera. Leaders are naturally sensitive to what’s politically correct. They attempt to display tolerance for what is in vogue. They’re never against something unless it’s in their best interest. That’s the scorecard. And the natural outgrowth of such a scorecard is the “campaigning leader.”

It’s not all their fault. Our culture has conditioned leaders to be this way. Smart ones figure out what it takes to get elected and re-elected; to grab the limelight, to receive more airtime or to elicit popular opinion. What becomes viral on YouTube isn’t necessarily what’s good and right, but what’s vogue and entertaining. So leaders perform like a pet.

These campaigning leaders come from business, education and the non-profit world. They can be pastors or politicians. They can be male or female. They may be republican or democrat. Only time will tell what legacy our president, Barack Obama, will leave as a leader. What we do know is this: He is brilliant at campaigning. This is not an insult, but an illustration. In 2004, Obama was virtually an unknown quantity, as a politician. But he was handsome. He was eloquent. He showed up at all the right events. He came across hopeful. Did he have a track record? Not really, but it didn’t matter. This is the “look” we want for a leader. And boy, could he campaign. He might be the best our country has ever seen at sound bites and photo ops. He’s a rock star and his family is beautiful. He won the election — and now faces the bitter reality of leading. It’s very different from what he’s done in the past. His popularity has dropped 30 points since the election.

What do campaigning leaders do well? They understand that winners focus on these elements:

Spin. They can take any issue and position it to sound favorably. They are “spin doctors.” They don’t have to answer the questions from news correspondents; they can answer whatever question they wish to answer. It’s all in how you navigate your way through the words.

Image. They can become preoccupied with their look. They know that image is everything. This is why people now have full-time jobs as “image consultants.” We’ve figured out that our current population is too savvy to simply listen for content. We notice how the leader looks.

Feel. Campaigning leaders consider how their interactions on camera “feel” to onlookers and listeners. Emotion is the key, not data or direction. When making a mistake, campaigning leaders know how to win the hearts, and play the emotions of people and come out smelling like a rose.

Memory. These campaigning leaders are aware of the memory they’ll create from each experience in which they participate. They’re intentional about how people will hold the snapshot in their memory banks, and they posture themselves to be remembered positively in that moment.

I suppose this is nothing new. Perhaps leaders down through history have all been preoccupied with style over substance. It just frightens me today — in our world of screens and podcasts — that we can get so far by sharpening our campaigning skills, rather than our leadership skills. Here’s to adding character and competence to our brilliant campaigns. 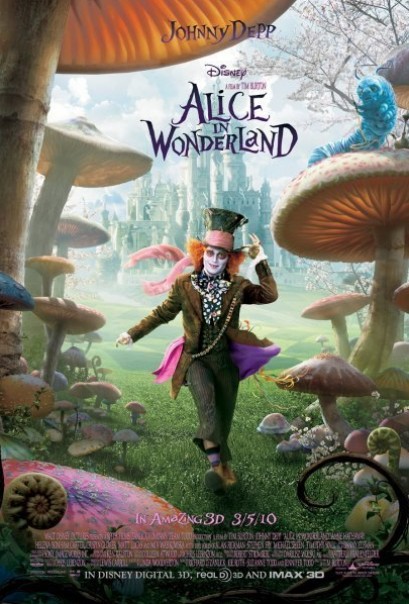 What Scares Me Most About Leaders and Followers Today

Do Faith and Leadership Contradict Each Other?