I recently had lunch with my friend Lara Juras, who serves as Vice President of Human Resources for the Atlanta Braves. In our conversation, Lara reminded me of a great truth she keeps in mind as she practices the art of motivating people.

She’s learned to keep in mind the two greatest motivators for behavior whenever she has to inspire improvement among team members:

Pause and reflect for a moment. Pain is a motivator for people to change because adrenaline is released in moments of tension or fear. In fact, many people never change until they feel a little pain. Something in their life must be uncomfortable or unacceptable before they’ll consider doing something new or unfamiliar. In our bodies, adrenaline is released in such contexts and operates as fuel for engagement. Without pain, they may not experience the “juice” they need to improve.

On the other hand, “gain” is also a great motivator. When people see some benefit up ahead or know something pleasant is coming their way, endorphins are released that operate as fuel for positive change. Endorphins cause us to feel good and move people to act. Very often, people are quite satisfied to “veg” or continue in a routine until some tangible reward or advantage is introduced, until there’s something they’re willing to exchange some energy to obtain.

Putting This to Work with Students

Now think about the young people you lead. How do we utilize this reality? In a world that’s saturated with stimulants—video, music, chemicals, images, social media, meds and digital content—it’s increasingly difficult to motivate or inspire students. I talk to coaches, teachers, parents and youth workers who tell me: “It’s just hard to ‘wow’ these kids today.” Of course it is—they get exposed to more and more stimulants at younger ages than ever before. At the risk of over-speaking, millions of young adults are content to “veg” and “watch” instead of stretch and grow. And it isn’t necessarily their fault. We’ve over-stimulated them. That’s why the smartest leaders introduce a little “pain” or “gain” into the lives of their students. It’s the only way to fuel change and growth—the growth they desperately need.

We must remember this is more than “carrots and sticks.” It isn’t just about offering rewards and punishments. Instead, it’s about finding out what your students value or avoid most and creating environments where pain or gain play a role in their achieving what they want… or avoiding what they abhor.

I will never forget talking to Julie years ago. She was a college student who was “stuck.” She couldn’t get motivated to go to class; she was confused about what to major in; and she told me she might just drop out of school and become a barista at Starbucks. Of course, there’s nothing wrong with being a barista if that’s your goal, but I felt there was more going on beneath the surface for Julie. So I decided to question her to find out what her greatest hopes and fears were, those things that represented gain and pain in her life. I quickly discovered her passion for children in Mexico. She’d visited once on spring break and was moved by kids in an orphanage whose plight was hopeless and whose future prospects were dim. As we talked, their pain became Julie’s pain, and the idea of serving children in Mexico became the very idea that released endorphins in Julie. This conversation changed the trajectory of her life, and it was all about pain and gain. The juices were flowing, enabling Julie to finish her degree in Spanish and International Studies (a double major) and pursue something she loves. She now has a fulfilling career, serving in Mexico.

Let me ask you a question: What pain must you introduce to your students to help them become motivated? What’s the gain you need to help your students discover in their life? The juices won’t flow until we do something different. 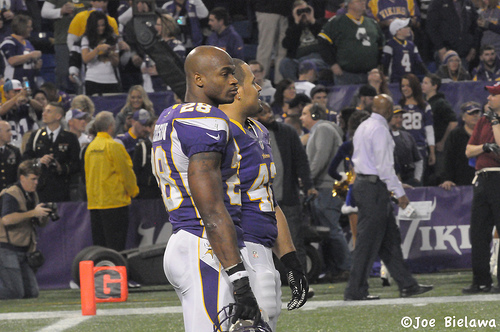