I just had a conversation with a twenty-eight-year-old about getting out to vote next month in the mid-term elections. He didn’t plan to make the effort, as he didn’t feel it made any difference. When I reminded him that he was the one kicking everyone’s butt to vote a decade ago, he mumbled, “That was then. This is now.” Not only is he not encouraging peers to vote… he’s not making the effort himself.

When social scientists first introduced us to this population of kids called the “Millennial Generation” in 1999, they were optimistic, civic-minded, and socially active. Today, you can easily find a bit of cynicism in them. One university dean put it this way: “A few years back, these students planned to change the world. Now, it appears they’ve changed their minds.”

What a difference a decade makes, right?

Trust is Dropping Among Students

Jean Twenge, lead author of a study that was published last month in the online edition of the journal Psychological Science, says the current atmosphere — fed by the Great Recession, mass shootings, and everything from church sex abuse scandals and racial strife to the endless parade of publicly shamed politicians, athletes and celebrities — may help explain why this young generation’s trust levels hit an all-time low in 2012 (the most recent data available). In the mid-1970s, when baby boomers were coming of age, about a third of high school seniors agreed that “most people can be trusted.”

The researchers also found that Millennials’ approval of major institutions — from Congress and corporations to the news media and educational and religious institutions — dropped more sharply than other generations in the decade that followed the terrorist attacks of September 11, 2001.

“Young people today feel disconnected and alienated,” says Twenge, a psychologist and professor at San Diego State University, who wrote a book on Millennials called Generation Me. She finds these outcomes “especially distressing” for a generation that had been expected to be more trusting of government.

For instance, in 2000-2002, 49% of 12th graders who were surveyed said Congress was doing a “good” or “very good” job, compared with just 22% who said the same in 2010-2012. 30% of young boomers were approving in the mid-1970s, and 33% of Gen Xers were approving in early 1990s. (The researchers benchmark these figures every three years to assure they‘re comparing consistent trends. The margin of error is plus or minus 1 percentage point.)

What’s more, in 2000-2002, 54% of 12th graders approved of the job large corporations were doing. That fell to 33% by 2010-12. 40% of boomers approved in the mid-1970s, and 48% of Gen Xers approved in the early 1990s. During that decade, Millennials also had notable drops in approval of colleges and universities, the news media, public schools and religious institutions. Ugh. What have we done?

So How Can We Help Them Learn to Trust?

Call me crazy, but I don’t think society can operate successfully without people learning and earning trust. Marriages don’t work, friendships don’t work, business deals don’t work, bi-partisan politics doesn’t work, and international treaties don’t work. Trust is a must. So how can we begin to cultivate trust in students?

Join me tomorrow as I interview Dr. Jean Twenge on our Growing Leaders podcast this fall. We will talk about this research and what we can do to cultivate trust in students.

A Leadership Lesson From the 2014 World Series Teams 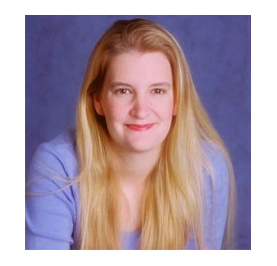