When my two kids were younger, they did what many children do. They “started” to write a letter to Santa in December. I think they never finished, at least most of the time, because they realized the gifts came whether they sent the letter off or not. Their lists each year were filled with the usual — toys, video games, Barbies, etc.

I read a report on the letters kids wrote Santa this year. They were a bit… different.

According to the U.S. Postal Service, millions of kids write these letters, and based on a review of those received this year, many of them are asking for “essentials” instead of just games and toys.

Fontana, a customer relations coordinator for the Postal Service, has been head elf for 15 years. He said, “The need is greater this year than I’ve ever seen it. One little girl didn’t want anything for herself. She wanted a winter coat for her mother.”

Another letter included requests for underwear and clothing, but at the very end, the children’s single mother had scrawled the following postscript:

“I want them to know there is hope.”

Hmmm. This gives us a little perspective doesn’t it?

While I hope this sour economy improves, and those of us who have everything we need, may we find others in need and give to them. My hope is that both kids and adults don’t lose sight of what really matters; that we don’t ever again confuse “wants” and “needs.” This has been an Achilles heel for many of us in America. We get those two mixed up. In the late 60s, teens were asked what were the “essentials” they needed to live. They responded with a list of 50 items. Forty years later, the same question was asked, and the list included over 350 items.

Good parents, good teachers, good coaches — good leaders — pass along the gift of contentment to the next generation. They model gratitude and perspective. How do they do this and still lead the way into the future? They make sure they remain content, but not satisfied. There is a difference. We must be content with all the gifts our Creator has given us — but stay hungry to improve as people and teams.

During the holidays, this may look different than anything you’ve experienced in the past. What would happen if we were completely content with the possessions we have — but looked for ways to give even more gifts away to others each year?

Maybe, just maybe… no kid would even need to write Santa a letter.

Need a Resolution? (Part I) 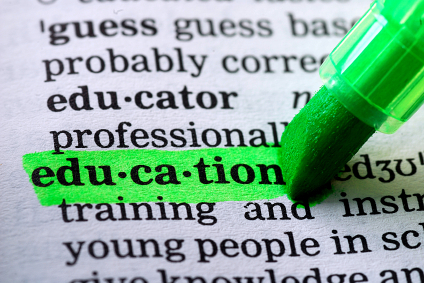