The way to the top with people is by serving them extravagantly and sacrificially.  A simple clerk did this for Mr. Waldorf, and the rich tycoon returned to make that clerk his first hotel manager in New York.  People expect good service from leaders.  They are surprised when we serve them sacrificially. One stormy night many years ago, an elderly man and his wife entered the lobby of a small hotel in Philadelphia.  Trying to get out of the rain, the couple approached the front desk hoping to get some shelter for the night.

“We’d like a room, please,” they husband requested.  The clerk, a friendly man with a winning smile, looked at the couple and explained that there were three conventions in town.  “All of our rooms are taken,” the clerk said.  “But I can’t send a nice couple like you out in the rain at one o’clock in the morning.  Would you perhaps be willing to sleep in my room?  It’s not exactly a suite, but it will be good enough to make you folks comfortable for the night.”

When the couple declined, the clerk insisted.  “Don’t worry about me; I’ll make out just fine,” he told them.  So the couple agreed to spend the night in his room.  As he paid his bill the next morning, the elderly man said to the clerk, “You’re an exceptional man.  Finding people who are both friendly and helpful is rare these days.  You are the kind of manager who should be the boss of the best hotel in the United States.  Maybe someday I’ll build one for you.”

Two years passed.  The clerk was still managing the hotel in Philly when he received a letter from the old man.  It recalled that stormy night and enclosed was a round-trip ticket to New York, asking the young  man to pay him a visit.

The old man met him in New York, and led him to the corner of Fifth Avenue and 34th Street.  He then pointed to a great new building there, a palace of reddish stone, with turrets and watchtowers thrusting up to the sky.  “That,” he said, “is the hotel I’d like you to manage.”

That old man’s name was William Waldorf Astor, and the magnificent structure was the original Waldorf-Astoria Hotel.  The clerk who became the first manager was George C. Boldt.  This young clerk never foresaw how his simple act of sacrificial service would lead him to become the manager of one of the world’s most glamorous hotels.

The way to the top with people is not just through service.  It’s through extravagant, sacrificial service.  When someone goes out of their way to help you, it makes all the difference in the world.

It’s the difference between getting a grumpy, inattentive waitress verus a professional, friendly server who you actually enjoy talking to and who allows a special order to fit your tastes.

It’s the difference between calling customer support and plowing through automated menus versus being instantly connected to a live person who goes out of their way to help.

It’s the difference between having a professor who just tolerates your questions versus having one who spends extra time and goes the extra mile to help you really grasp the material.

When others do their very best to serve us, their influence increases.  We don’t look down on them for serving us.  On the contrary, our respect level for them rises.  We’re often so impressed that we start considering ways we can serve them in return!  Their attitude and initiative is attractive.  As I discuss this with people, few disagree with the idea.  However, many don’t buy it.  Most don’t serve others this way because they fear being looked down upon.  They struggle with pride.  They feel serving others creates a view of them that is lower; after all – those at the top are being served!  Let me play a little game with you to show how wrong this assumption is.

Question: In your past, who has served you more than anyone else in the world?  The answer for most of us is our mother.  Moms usually do anything to serve their kids.  Now, think about this.  Do you think LESS of your mother for serving you, or MORE of her?  My guess is, your  love and respect for her goes up when she sacrificially serves.

It’s no different with us.  When we serve others, our influence increases as well.  My friend Zig Ziglar is famous for saying, “You can have everything in life you want if you just help enough people get what they want!”  It’s true.  He’s one of the most humble servant-leaders I’ve ever met, and he’s at the top of his field.

He’s not the only one.  Most of the great leaders I’ve run across have embraced the Waldorf Principle.  Case in point:  When Michael Eisner was CEO of Disney, his job description included “trash collecting.”  Just imagine, the CEO of a billion dollar organization, picking up trash at his own theme park.  Think about the kind of effect that must have had on his employees.  He could have just ordered someone else to do it.

It’s ironic.  You’d think that true influence would come through force – ordering others around and letting people know you’re the boss.  But just the opposite is true.  Real influence comes through humbly serving others.  It’s one of the greatest leadership paradoxes in existence.

There are all sorts of ways you can go about achieving influence.  Some of them are better than others.   Take a look at the following list and see if you an identify which model you use most.  I’ve ordered from worst to best.

7. Force: People follow because they feel threatened and are overpowered.  They move unwillingly, and are quick to rebel if given the chance.  Unhealthy governments do this.  It’s the worst path to power.

6. Manipulation: People follow you because you coerce them.  You use words to trick them and back them into a corner.  They have no choice.  Folks resent being used and quickly seek a healthier environment.

5. Intimidation: People follow you because they are afraid not to.  They feel emotionally bullied by you and obey because they want to avoid being fired, hurt, embarrassed, ect…  This is the third worst path and is often used when quick action is needed.

4. Exchange: This is the most common path to power we use.  People follow you because you can do something for them.  Both parties receive something: you work; your boss pays you.  This path works, but it’s still temporal.  It’s over when one party finds a better deal.

3. Persuasion: People follow you because they are moved to cooperation.  They agree because of the ideas or incentives, which you provide.  This path now utilizes verbal expression, which makes others want to follow you.  Persuasion means “through sweetness.”

2. Motivation: People will follow you because you create excitement.  Your cause and your passion move others to action.  People willingly go where they would not have gone themselves.  This is an even better approach, but still not the best.

1. Honor: People follow you because you honor them through service.  You and your followers have a mutual respect for each other.  Others submit because you’ve earned their esteem.  This is the best path and the longest lasting form of leadership.  It earns fierce loyalty and commitment as a result.

Think again about the night that George Boldt served Mr. Waldorf and his wife.  He didn’t know who they were.  He didn’t see what they could give him in return one day.  He just honored anyone who came through the door.  And—he won them over.  When you take the path of honor your influence increases.  Even if you don’t have a formal leadership position at your school or work, you can still influence others.  Martin Luther King Jr. once said, “Everybody can be great…because anybody an serve.  You don’t have to have a college degree to serve.  You don’t have to make your subject and verb agree to serve.  You only need a heart full of grace.  A soul generated by love.”

The Waldorf Principle reminds leaders that the way to greatness is through sacrifical and extravagant service.  In November, 2005, Oprah Winfrey honored some people who practiced this principle, following Hurricane Katrina.  After that natural disaster, thousands of victims were displaced, without a home or food.  Many Americans left their own comfort to serve them—at times at great expense.  Mary Burnham was a nurse who wanted to serve the victims in Louisiana.  Her hospital wouldn’t give her time off to do it.  So, she quit her job.  Serving the less fortunate was more important to her.  Ryan Devin left Chicago to serve folks after the hurricane.  How did he pay for his trip?  He sold his World Series tickets—the tickets to watch his own Chicago White Sox play in a world Series they hadn’t been to in more than 80 years!  He had never missed a game in thirty years.  Extravagant?  Sacrificial?  You bet.  But if you want to connect with others, be a servant to them.  Forcing influence always backfires.  Earning influence through honor always pays off.  Remember the simple clerk, Mr. Boldt, and take the path of a servant leader.

From Habitudes #2:  The Art of Connecting with Others 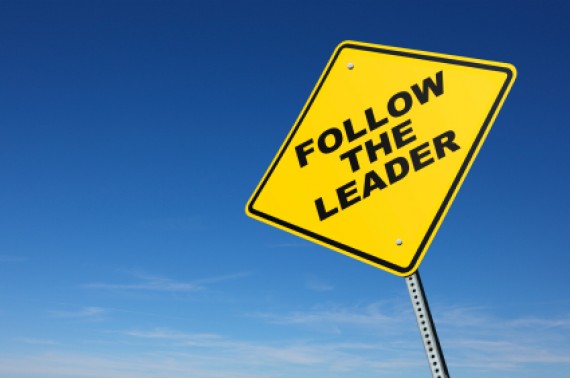 Is Everyone a Leader?

Homelanders: The Next Generation 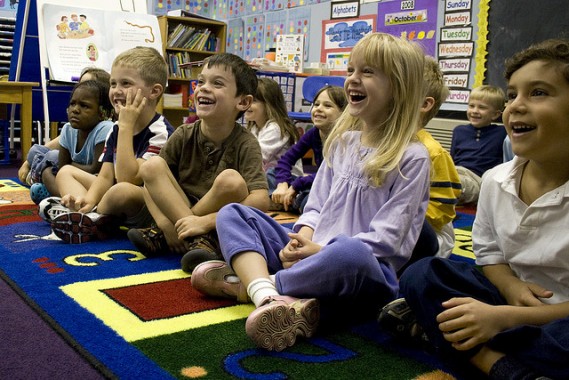