I just had a difficult conversation with my son Jonathan. He is an intelligent 23 year old who loves to serve people. Our discussion was hard because it concerned the mismatch with his recent summer job waiting tables at a high-end restaurant in Beverly Hills, California. Even though it involved serving people, it just wasn’t a fit, so he resigned. He grieved over the fact that he felt like a quitter, that he felt like a disappointment to his parents, and that he wasn’t quite sure why he was unable to master that particular job.

I reminded him it had nothing to do with his IQ or his talent. In fact, I reminded him about a switchboard job at a country club I had as a teen that ended with the same result. I couldn’t master that simple task. The incident caused me to question everything about my worth.

The conversation proceeded toward the wide variety of industries where he was gifted to serve and was desired by employers. During that conversation, we both agreed on something that adults rarely talk about with students or young job candidates, but is one of the greatest predictors of success in a career.

It’s the idea of personal intuition.

What Role Does Intuition Play? I believe staff, faculty, employers and parents must help students focus on finding areas of intuition when it comes to choosing jobs and career paths. Consider this fact: every human being, regardless of IQ or talent, has natural areas of personal intuition. They’re often subjects that, when they come up, cause something to happen inside. Something like:

We’ve all met students who look like misfits among their peers, often because they don’t fit the normal mold of a student. Then, suddenly, they discover that they love electronics, or they discover how much they’re drawn to horses, or cooking — you name it. Almost instantly, that young person is changed, and much of the change has to do with self-worth and ambition. What’s happened? They found an area of natural intuition. It’s a “future predictor.”

Jimmy is a case study. As a kid, he didn’t fit in with the other boys in his neighborhood. He didn’t take to sports but preferred staying inside and playing by himself in his room. What’s more, his parents noticed he was playing with his socks. Hmmm. That’s just weird. Fortunately for Jimmy, his mom and dad didn’t force him to fit into extracurricular activities he didn’t like. Instead, they bought him more socks, noticing he was most creative when he imagined them to be characters. I’m so glad they did, because their son, Jim Henson, actually made a career out of those socks. He called them Muppets.

The adults simply found and followed his intuition.

The same could be said for the adults in young Stephen Spielberg’s life. Stephen served as a full-time, unpaid intern at Universal Studios when supervisors noticed his knack for understanding how to tell a story. They encouraged him to go deeper in that area. Spielberg directed his first Indie film at 16 years old. Again, I’m so glad he did.

In his twenties, Tyler Perry was living on the streets of Atlanta, trying to sell a play he’d written to churches in the area. While he wasn’t earning big money, he got enough encouragement from those he met, who suggested this was a natural fit and to not give up.

Oprah Winfrey actually got fired from her local news anchor position at 23 years old. Fortunately, a handful of older adults reminded her to not give up on being in front of the camera.

Helping graduates find work in the area of their intuition is huge. It deepens their self-esteem as they experience a greater desire and capacity to grow. In short, they feel best about themselves. Perhaps most significant of all, this fosters a path to leadership and influence. We are most influential when serving in an area of natural intuition.

What do you think? How do you encourage students to find their area of personal intuition?

Check out: Habitudes®: Images That Form Leadership Habits and Attitudes 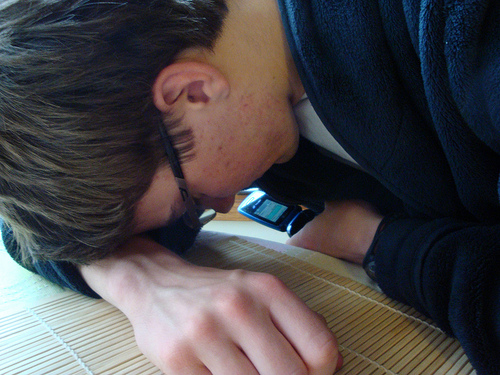