I marvel when I watch a college freshman quarterback play well under the pressure of TV cameras and 90,000 fans watching in person. My goodness, the poor guy is still a teenager. We’ve all seen the opposite, however, where a young athlete crumbles under the pressure of a close game in the fourth quarter. While this might be disappointing, it seems only natural for a teen.

Expectations of brain maturity for adolescents has changed over the centuries, and today, I’d like to discuss how we can aid in the maturation process for 21st century students. Why is it that the average teen seemed to be ready for adult responsibilities like full time jobs or marriage hundreds of years ago, but are seldom ready for even simple responsibilities today?

What Do We Know About Teenage Maturation? We all know that brain circuits are still developing in adolescence, making it more difficult for teens to face challenges in our day. For instance, students don’t always respond to incentives, like money, to improve their grades. According to a recent study, cash incentives attempts had mixed success.

The research published by the journal Nature Communications, revealed brain connectivity continues to expand through adolescence affecting a teenager’s ability to perform when the stakes are high. For example, check out these two BBC articles that report what teen brain scans reveal about the adolescent mind:

In one study, Harvard University researchers used functional magnetic resonance imaging (fMRI), which measures brain activity and detected changes in their blood flow. The brains of young people, ages 13 to 20, were scanned while they played a computer game. The teens played for high stakes (when they earned $1.00 for correct answers or lose $.50 for incorrect ones.) Then, they had teens play for lower stakes (earning 20 cents or losing 10 cents.)

Harvard researcher Katie Insel revealed that “older adolescents were able to boost their performance when the stakes were high. Younger teens, however, performed similarly for low and high stakes outcomes.” There was no change in their brain.

It was clear to the researchers that not only is the brain still developing during the teenage years, but one signal of maturation is the teen response to taking risks. For a mature teen—the higher the stakes the more they feel ready to take a risk. For a younger, less mature teen, those high stakes will paralyze them from acting.

At the risk of oversimplifying, I believe teachers, parents, coaches and mentors can foster brain development; I believe we can empower healthy maturation. One way we can do so for students is to:

Encourage them to bite off challenges that stretch their risk taking abilities
and associate them with high stakes that they value.

If we’re honest, we’d all would admit we don’t necessarily take a risk unless we deem the stakes are valuable enough to us. For instance, we’ve all marveled at some of the ridiculous stunts male teens will perform in front of their friends or in front of girls. Their brain is communicating to them that even though the “stunt” might be risky (i.e. on a skateboard) they feel it’s worth it for the reward of laughter, social media posts or just raw “likes.” Every teen has their limit, where they draw a line in the sand and won’t cross it. (Well, almost every teen). What we must do as leaders is to find their line and stretch them to take risks that matter, ones that actually make a positive difference in the community.

Offer some stakes that are just high enough to stretch their risk-taking ability when they act, but not so high they are paralyzed from acting. Just remember, the teenage brain is motivated differently than yours is, as an adult. Katie Insel adds, ”This means that as teens age, they become better at adjusting brain connectivity across motivational contexts, which in turn allows them to do better when working towards a high-value goal.”

Consider the teens who, a hundred years ago, were working an important job as an apprentice for their uncle; or those who got married at 19 and began families; or those who fought in Europe during World War I. Those were high stake ventures for which hundreds of thousands of teens were somehow ready to take a risk. The final part of the human brain to develop in our twenties is the prefrontal cortex, which is responsible for activities like planning, controlling emotions, and empathy. I say it’s time we empower our young adults to mature in the right direction. Who knows what potential leaders are forming before our very eyes.

Looking to Develop Character in Young Adults?
Check out: Habitudes: The Art of Self-Leadership 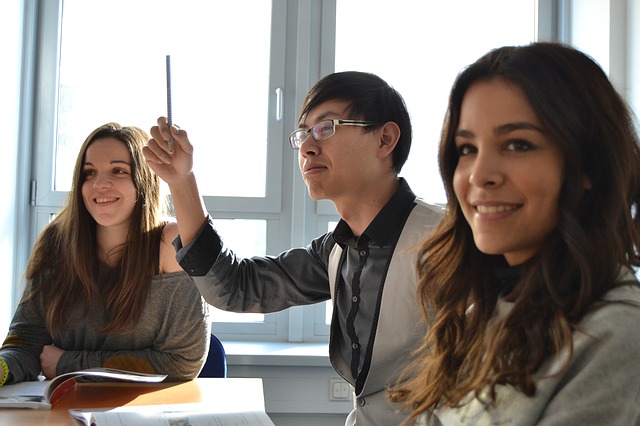 What Happens When Students Lead a School

Five Resilience Stories that Could Keep Your Students from Giving Up