The New Economy Millennials Are Adopting

Years ago, a mentor, Keith Drury, taught me that one secret to a happy life is the ability to “enjoy things without owning them.” I soon learned to enjoy a neighbor’s boat or vacation cabin on the lake without the need to own either of them.

A new pattern in Millennial behavior today is the idea of sharing the economy. The Westfield Company commissioned a new study on buying habits of the emerging generation and discovered some new trends that are . . . well . . . very different. Want to know the biggest trend?

Retail rental. Consumers are becoming increasingly used to the idea of a “sharing economy”—tapping into Uber for rides, or Airbnb for places to stay. Likewise, people are now interested in retailers adopting this model. Fifteen percent of Americans said they were interested in renting from their favorite stores, while thirty-five percent of Millennials (25-34 year-olds) said they were interested in retail rentals. Exercise equipment topped the list of what people wanted to rent (17%), followed by consumer electronics (15%), furniture (11%) and cars (10%).

For years now, I’ve been tracking shifts in how adolescents and twenty-somethings view adult life. More and more wait to get their drivers license or buy a car. Fewer Millennials are buying houses, even when they’ve settled in with a partner and both have jobs. Traditional lifestyles are giving way to trendy ones. They’re renting more than owning—partly due to the economy.

This is indicative of a pattern happening almost everywhere.

A Picture of What’s Coming

In 1993, Microsoft introduced a digital, multi-media encyclopedia to consumers. The template, called Encarta Wayback, was on sale as a set of CD-Roms. It didn’t last long, and was laid to rest in the archives in 2009.

Interestingly, another encyclopedia system was introduced in 2001, called Wikipedia. It is still in use today, and it’s for free. Why? It’s created by the shared economy. The users post, read and police the content.

In his fascinating book, The Inevitable: Understanding the Twelve Technological Forces That Will Shape Our Future, author Kevin Kelly, helps us imagine the world thirty years from now. He predicts:

Lifestyle Shifts and How We Can Apply Them

So how do these current trends inform us as we teach and parent our kids? Let me offer a short list of observations and applications to consider:

We’ve moved toward recycling and renting.

We are increasingly progressing away from a world where we use something for a while and then, throw it away. Why buy an item you’ll only use a short time? Why not recycle it and borrow something else—clothes, cars, you name it. Schools have done this with textbooks; how about trying it with video content, facilities, equipment and more?

Like Wikipedia, many interested users can participate in creating a project or a product. Schools have been slow to adopt this for fear some students will do most of the work, while others may be slackers. But why not require everyone to weigh in (with their own ideas), and allow projects to be shared and improved?

Protopia is the state of becoming, instead of a destination. It’s a process, not a final product. It’s the belief that change is always happening, so upgrades are necessary. Not only should several people weigh in, but they must continue to weigh in. Why not see schools leave projects “open” till year’s end and be re-visited and upgraded?

Chris Anderson wrote about this in his book, Free. Desired items are initially free of charge (energy, money) but sacrifice is required to go deeper. It’s the idea of getting a month’s subscription for free, but paying for more months. What if schools offered enticing free projects or games; then asked for sacrifice from students to go deeper?

“This is arguably the most exciting time in retailing history,” said Myf Ryan, Chief Marketing Officer, Westfield UK and Europe. “Fashion stores of tomorrow might look radically different—bringing shoppers through the doors to attend a vintage clothing club, rewarding them financially for recycling their old clothes, helping them pick a new outfit with virtual reality and then loaning it to them for a party on the weekend.”

If retail to Millennials is changing—why not consider adjusting education to match?

(This is a taste of a new book coming out Spring 2017, called “Marching Off the Map.” I am excited about what it could do for educators.)

Parents: Celebrate a Month of Thanks With
Over 35% Off Best-Selling Books

Each week this month we are saying thank you to leaders who invest in the emerging generations, by investing in them. This week parents save over 35% on bundles of some of our best-selling resources. 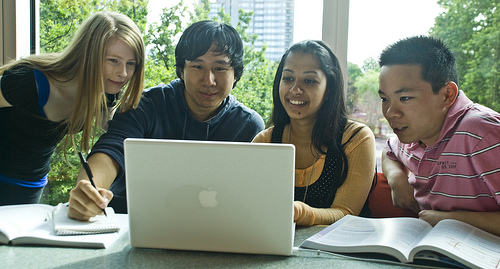 The Key to Thriving in the Digital Era

The New Economy Millennials Are Adopting 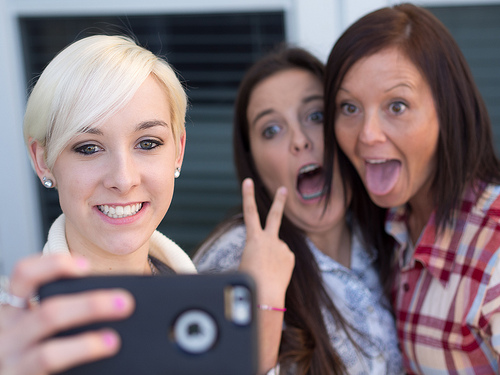