Last week I wrote about the rituals that I perform at the end of every year and at the beginning of each New Year. Today is the last day of 2012 and I imagine that many of you are preparing for the year ahead, maybe even considering some New Year’s resolutions. I’d like to offer one more idea to kick start your plans for the New Year.

This idea comes from a book that my new friend, Mike Ashcraft, wrote called, My One Word: Change Your Life With Just One Word. In it, Mike and co-author Rachel Olsen recommend a great alternative to making New Year’s resolutions that you may or may not keep. In years of leading himself and others, Mike noticed that people have a tendency to create lists of New Year’s Resolutions that, while they may be well-intentioned, rarely produce the results they’re after.

So Mike decided that for one year, he would pick a single word to focus on.

The transformation he experienced during this year was nothing short of amazing. As the year progressed, his one word guided him and gained layers of meaning as he carried it through a variety of situations and seasons.

The next year, he decided to pick a new word and has continued the practice each year for almost a decade. In 2007, he challenged the people at the church he pastors to adopt this practice. This action began a movement where it became common for people to have conversations around the question, “So, what’s your one word this year?”

It’s a simple practice but one that is so powerful in its application. Rather than being overwhelmed by an endless to-do list, picking one word allows you to gain focus over the course of an entire year, not just the first few weeks of January.

In fact, it reminds me of the Habitude, “Rivers and Floods.” We all know that water is a powerful force. When it flows in one direction like a river, it’s useful. But when it spreads out everywhere like a flood, it can cause great damage. The same is true with how we use our time, energy and resources. Focus acts like the banks of a river, allowing you to flow in the direction you want to go. “Rivers and Floods” reminds us that you can do anything, but you can’t do everything. In the same way, picking one word this year could keep you flowing like a river and not a flood.

If you’re looking for a way to kick-start your New Year, I’d recommend picking up a copy of My One Word. One of my favorite parts of the book is the numerous examples of words that people have chosen in the past and the outcomes they experienced as a result.

Click here to download a free chapter or order your copy of My One Word today. The good news is, you can go ahead and pick your one word today before you even dig into the book. Here’s to a life of focus in 2013!

The Best Way to Start Your New Year 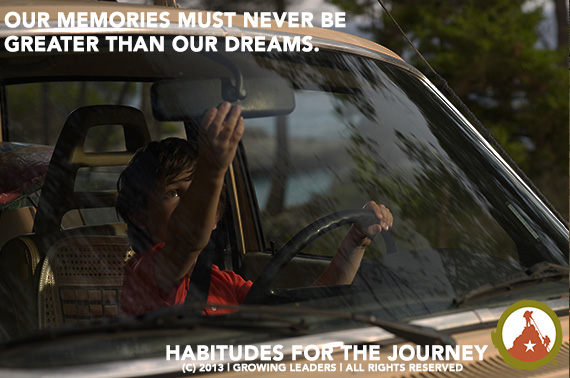