You probably remember the story of pop star Michael Jackson, beloved by millions of fans (including me). For all of the talent he possessed and success he achieved, his story is somewhat tragic. From a young age, Michael and his brothers were full-time employees for the Jackson Five, being employed by their father to practice and perform at a breakneck pace. At five years old, Michael was on TV. He was the lead singer on several albums during his elementary school days. Sadly, after Michael entered adulthood, he longed for a childhood he never experienced. (He even sang a song called, “Have You Seen My Childhood?”) He created a residence called “Neverland,” filled with rides, animals, and amusements. Even though he was nearing mid-life, he wanted to hold on to being a kid. He even liked hanging out with children, which drew accusations from parents.

Whatever you think of the late pop star, one thing is for sure: Michael Jackson is a vivid (perhaps exaggerated) picture of what too many parents are doing to kids today. With good intentions, we load up their schedules early on with all kinds of activities, competitions, recitals, practices and performances. We do it in the name of preparation: This will give them an advantage in life. We push them to make the grade, make the team, and make the money so they can make the dream.

Far too often, however, these kids turn out to be unready for life as young adults. I’ve written a lot about this since the release of my book Generation iY. Over the last five years, we’ve seen a majority of students move back home after college. The number has been as high as 80% in a single year. Instead of moving forward, they move back. When surveyed, somewhere between 50-70% of employers reported they left jobs open because graduates just weren’t prepared for the work. In other words, the jobs were ready, but the kids weren’t. Employers interview twenty-somethings for a job and find they’re still immature. They report job candidates are texting during the interview, getting distracted, and throwing tantrums. Several even bring a parent to the job interview.

I am concerned especially about males. While I know some incredible young men graduate and move into successful careers, too many are prone to stall, choosing to play games like World of Warcraft or Grand Theft Auto all day instead of focusing on moving forward. It’s become a part of their culture. Of course, this problem isn’t just limited to men. Over 14% of young adults in America between the ages of 24-34 years old still live at home with a parent. That statistic is up from around 10% since the 1960s, which may not sound like a lot, but in reality, that 4% change translates to millions of young adults.

What Today’s Culture is Doing to Students

To dive deeper into this issue, I met with a focus group of 17 young adult males in their twenties. I probed all kinds of issues, from sexual preferences to career readiness, from their view of adulthood to their sense of identity and self-esteem.

Twelve of the seventeen young men spoke about wanting to cling to adolescence. They expressed feeling unready for what was ahead, preferring the safety of what they already knew. One even suggested, “I know how to be a teenager. I don’t know how to be an adult. It all looks too complex. I want to stay where I am right now.”

By that, he meant enjoying a life with smaller ambitions, mastering video games, and going out to eat. Between the money his parents gave him and part-time jobs, he was able to survive. Unfortunately, that was all he was doing: surviving. During our discussion, a pattern surfaced. Every one of these young adults who felt they wanted to remain a “boy” rather than plunge into the responsibilities of manhood had experienced what I call a “loaded childhood.” They had experienced a crowded schedule during their first twelve years, full of soccer, baseball and football leagues, each having three practices a week, even in their elementary school years. During those same years, their school schedules were full of extra-curricular events with parent nights, book nights, activities, and awards ceremonies. In addition, if they wanted to be with their friends more, they often signed up for karate, theatre arts, and game clubs. Interestingly, they reported that the adults who coordinated these activities all demanded their “souls.” In other words: a full commitment.

What We Must Do

I grew tired just listening to these young men talk about their agendas during childhood. And then it struck me—of course they want to hold on to childhood. They never got to be a child, who had spare time to go outside and explore; who had time to make up games on their own; who got bored enough to dream about growing up. They were slowing down as young adults because life accelerated at such a fast speed for them as children. Life as a child involved signing up for everything, no margins, no solitude, no time for reflection, and little time to just… be a kid.

May I suggest a few things we need to change?

Far too often, adults simply prescribe every step for our kids during their growing up years. After all, we know what’s best for them. So, like a GPS, we tell them to turn left, turn right, and where to make the next move. We fill their days with instruction, which leaves them lacking in the skills to make good decisions themselves. What if we sat down with our students and, together, dreamed up a worthwhile goal to reach? Then, instead of prescribing steps to reach it, you had them list those steps.

When kids grow up in a world loaded with information, it can adversely affect their brains. With no margins, the development of empathy and imagination is reduced. Instead of building the skill of reflection and interpretation, they grow strong filters. Herbert Simon wrote, “A wealth of information creates a poverty of attention.” What if you and your student “fasted” from technology and, instead, discussed a significant world problem, why it exists, and what can be done to solve it?

By not placing boundaries in their lives, kids never gain the opportunity to be “un-stimulated” from the outside. They learn to live for the next “ping” of their phone, or notification, or incoming Instagram, or Snapchat, or text. With no margins, our growth becomes retarded emotionally and sometimes socially. What if you and your student simplified life and created space for journaling and creating? What if you chose to see what positive outcomes surface with boredom?

Tomorrow, we’ll examine how schools play a role in Part Two of this topic.

The Finnish Secret to Successful Students 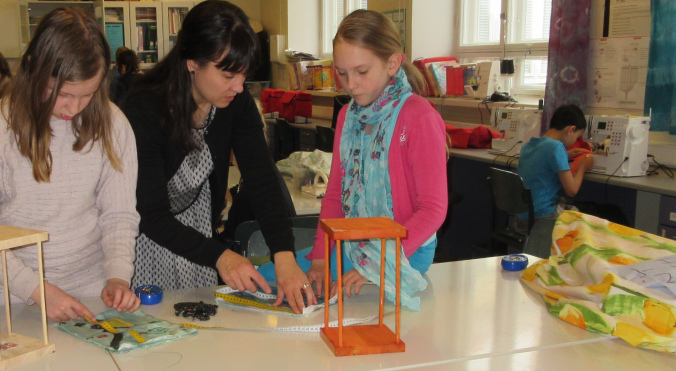