Recently, I met a new friend, Jack Hart, who’s developed a different way of engaging young people with his message. He works with the Denver Regional Site of North American King’s Kids. I thought you’d enjoy my interview with him. Yesterday, I shared his responses to a couple of questions. Let’s pick it up there… Q: Talk about the use of images, conversations and experiences in the process?

The value of images over words is like comparing poetry/music to prose. They tend to be processed on the right side of the brain, which connects to the emotions and thus the “heart”. As a young designer I was fortunate to hear Broadway set designer, Max Gorelik (1899-1990) speak in 1972, about scenic (visual) metaphors. This concept stayed with me through my art direction career and into my work with students. Metaphor takes the visual to a level beyond decor or background to illicit cognitive associations that multiply the meaning.

While working on the ropes course I looked for metaphors for each initiative in which they were involved. We talked about giving “more than 100%.”  So I found a math puzzle which was three pieces that could be a square (representing 100%) or it could be reconfigured to be what looked like a square with another small square attached to it. (representing more than 100%). In teaching faith at YWAM, I put the word “ME” in vinyl letters on Plexiglas. So in the process of turning the word upside down, it illustrates the “Upside down Kingdom of God” turning ME into WE. I would look for illustrations along the way that could illustrate a leadership or character point. In the wooded area of the Ropes Course we had several large trees that were uprooted by weather (winds and storms) only to discover in the process of disposal that they had hollow interiors, eaten by fungus or insects. This was a beautiful illustration of how lack of character will not support the weight of success.

Q:: How have Habitudes played a role?

The Habitudes are a gold mine for someone who loves visual metaphors. They are great hip pocket lessons and for a facilitator (parent, teacher, mentor) who can familiarize themselves with them enough that they don’t need to rely on the books to capture a “teachable moment.” In the classroom of life there are times that need to be processed, either as course correction or affirmation.

On the Ropes Course we have a bridge over a ravine. I would stop everybody and talk about the “Discipline Bridge” from Habitudes, inviting them to think about what planks of discipline they need to build as they are going as we cross the bridge. Then at the other end of the bridge was a large tree that had been cut down because of the hallow center, so I’d use it to illustrate “The Iceberg” message from Habitudes. So the Habitudes principles can be contextualized to any situation.

To me Habitudes become targets. Designing with the end in mind, we can both study the principles with the students out of the books and DVDs however also be ready to apply them in context of real life situations for affirmation of what the student is doing or to bring instruction/correction of how things might be done better.

Stay tuned for the final part of this blog series with Jack Hart tomorrow. 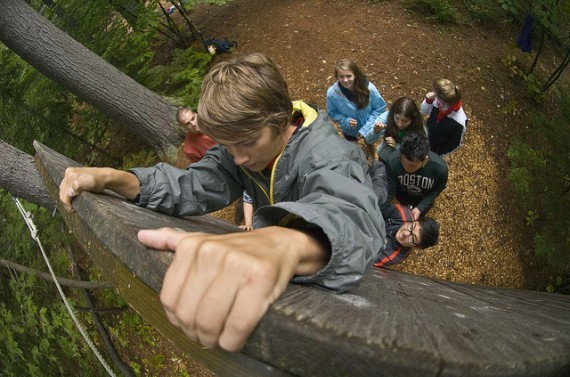 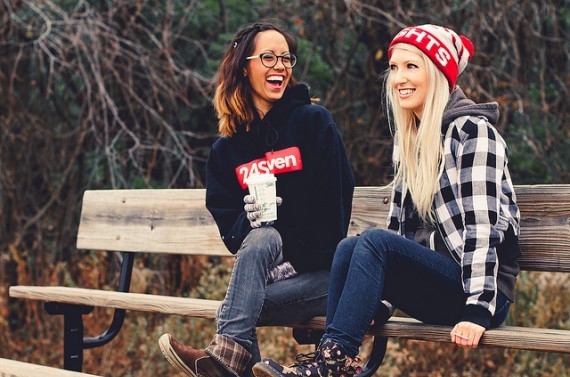