You already know this—if you want to communicate with anyone from Generation iY (the kids born since 1990), you’ve got to learn to text. It’s their first language. Today, texting has blown up the dating scene. It’s much easier for a guy to ask a girl on a date through a text. Rejection—which he desperately fears—is easier to take on a screen than face to face. Acceptance is easier too. Casual, easy and non-threatening is how you may describe it. Not since the dawn of the automobile has a technology (the cell phone) so dramatically redefined the way people interact. Texting has created a new brand of social and mobile etiquette, and it has given rise to a new way of flirting and connecting between two people. Now, the need for rules is beginning to surface:

This new reality has mushroomed out of a new norm for meeting via a screen. According to the New York Daily News more than one third of U.S. marriages begin with online dating, a recent U.S. study found. Online dating has ballooned into a billion-dollar industry and the Internet “may be altering the dynamics and outcome of marriage itself,” said the study by U.S. researchers in the Proceedings of the National Academy of Sciences. We just find screens…inviting.

All of this, however, is also allowing for soft skills to remain undeveloped. The ability to read non-verbal cues, to listen well, to give eye contact and to interpret the tone of someone’s voice cannot be cultivated on a screen. Our emotional intelligence may remain low—as emotions are often misinterpreted on a screen. In short, we get lazy. Many guys will actually send the same text message to several females—sort of like going fishing. He wants to see who will bite. Probably the biggest atrophied skill is empathy. When we use a screen to communicate it seldom cultivates empathy. 59% of people (both sexes) are now OK with breaking up with someone via text.

The downside goes even deeper. Due to the increased screen time, dating abuse is more common now than ever. More than a third of teenage guys and girls say they’ve been physically or sexually abused in their dating relationship, according to new data from a nationwide survey. Similar numbers of both sexes say they have been the abusers. Some studies report that males and females are equally at risk of becoming victims and abusers—which might suggest it isn’t about size and strength, it starts with manipulating or bullying a person on a screen.

We must find a way to help students navigate this new world. They are a generation of “firsts,” growing up dating and relating via a portable device. We must help them see the upside and downside of it all. Clinical psychologist Beverly Palmer says that because a text doesn’t afford the level of intimacy that a voice does, relationships can be ended much quicker. We must equip them to navigate a device that enables them to communicate and connect…without any relational skills.

I want to hear from you. What are your thoughts about this new world? 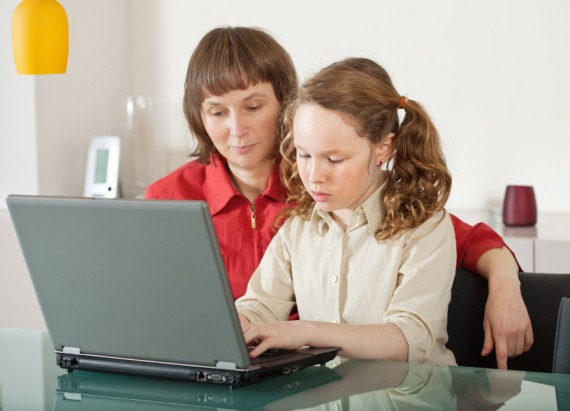 Part 2: When Helping Our Kids Starts Hurting Them