Five Questions to Ask Yourself About Leading Teens

This past month, I was encouraged and entertained by teenagers who symbolized two completely different perspectives on life. I thought you’d enjoy them too, and perhaps learn what they teach us about adolescents today. I offer these two case studies below. Fasten your seatbelt.

Case Study One: Can You Post a Better Photo? An 18-year-old girl who had escaped from an Australian correctional center responded to police after her mug shot was posted on Facebook. Did she turn herself in? Did she confess to what she’d done? Was she ready to come clean?

Nope. She simply wanted them to use a better photo of her on-line.

Yep, she did. She asked them to please use a prettier picture of her and even provided one for them to use. When Amy Sharp had escaped from Surry Hills Corrective Services Cell Complex on August 19th, police immediately posted mug shots of her, so people in the community could be on the lookout for her. That’s when Amy saw the photos and felt she didn’t look good enough. It wasn’t the kind of representation she was hoping for. So . . . she sent them a better picture. Perhaps it was a selfie, who knows?

Too often, Amy represents a population of teens who’ve bought into society’s values: style over substance. I’m sorry, Amy, but isn’t the mug shot the least of your worries? When did image become more important than integrity? Our culture unwittingly tells us: looking good is more important than doing good.

Case Study Two: Can We Have a Job?

Four young teens approached Zsa Zsa Heard, who works at the La Grange Housing Authority (in Georgia), and asked if she knew of any jobs they could do this summer. When Ms. Heard asked them why they wanted to work, she assumed they wanted to make a few extra bucks. They told her, however, that gang members were approaching them all the time, wanting them to join. They knew that would lead to trouble. So, they wanted to find work—to keep them out of trouble.

She hired all four of them on the spot.

The four teens, Dennis, Dylik, Jalen and Deion began working in construction, helping in the community garden, passing out mail and tending the chicken coup. And it’s paid off. Not only have they done what they’ve been asked to do, they’re now catching a vision for their future careers, after learning about construction and livestock.

They want to do something that matters. They need opportunities and guidance, but they actually want to serve our community. What they need are adults (like Ms. Heard) who immediately spot their craving for meaning and productivity and satisfy it. She didn’t “give them something for nothing,” but she offered an opportunity to earn money as they used their gifts, time and energy.

Where do they get these perspectives?

Where do our young adults pick up their attitudes and paradigms? You already know, don’t you? It’s from the world around them. Amy Sharp was conditioned to be consumed with improving her social media presence, instead of correcting her behavior. Dennis, Dylik, Jalen and Deion somehow understood that gang membership is a dead end street, but job experience is a path that leads to a goal. At their fork in the road, they talked each other into stepping into the Housing Authority and seeking out jobs.

Let me suggest five questions we should ask ourselves as educators and parents:

After Observing Your Students:

I love the story of the vacationers who visited an old village in Austria years ago. Upon meeting a local, the guests asked if any famous people had been born there. The local resident smiled and replied, “Nope, only babies.”

He was right. Every kid begins as a clean slate. They are soft clay with which to be molded by artists. What they become has a lot to do with the perspective we have offered them growing up. Let’s get this right. 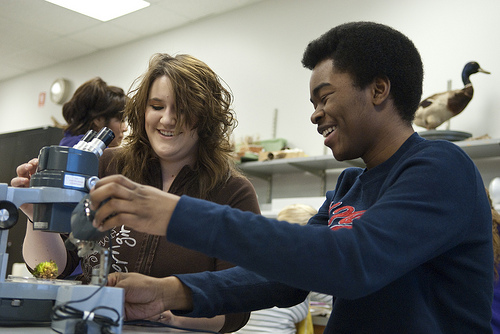 Five Questions to Ask Yourself About Leading Teens

Five Trends That Inform Our Work with Students Globally 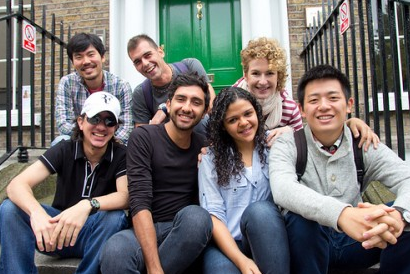