This month was a big turning point for my wife and me: we officially became “empty nesters.” In contemplating this new stage in life, we began to reflect on the good (and sometimes not-so-good) experiences we had as parents, on the times in which our parenting skills were tested.

What’s interesting is that throughout the years of working with adults, I’ve seen a unique pattern when it comes to parenting. Many tend to “over-protect and over-connect,” two acts that can potentially limit their kids from maturing properly. In light of these findings, I offer five changes I’d make if I could parent over again: 1. I would do less preventing and more preparing.

In our effort to ensure that our kids experience no major catastrophies in their childhood that could permanently damage their emotions, we find ourselves reminding them incessantly:

Our goal is understandable. We want to prevent bad things from happening. When children are young, this is not only normal, it’s necessary. But by age ten, their brains have formed enough that they can (and should) take responsibility for many areas of their behavior. When we constantly remind them of important items, they tend to become dependent on others for things they should be taking ownership of themselves. We actually enable them to rely on others — and even blame others — when they should be learning to take responsibility for their life. This isn’t healthy.

Preparing children for the future means increasingly letting them get used to the weight of responsibility by not protecting them from the consequences of poor choices. Consequences are a natural part of life. In fact, our world is full of them, and they often come in the form of equations: if you do this, that will be the benefit; if you do that, this will be the consequence. Parents must consistently demonstrate and model these equations for their kids.

2. I would offer fewer explanations and more experiences.

Many parents I surveyed were predisposed to do the things I did. They gave lots of wisdom-filled talks to unsuspecting (and often ungrateful) children. They asked themselves, “Don’t kids realize the grief we’re sparing them from, if they’d only listen to our lectures?”

Looking back, I now see kids don’t learn well from a parent’s lecture. They do learn from engaging experiences, moments from which a parent can host a conversation and teach a life lesson. The need for a parent, then, is to cultivate environments and experiences for our kids to grow from. Our goal must shift from control to connect. Control is a myth—as any parent of a teenager will tell you. What they need are experiences that teach them how to operate effectively in the world.

When our kids are rescued or over-indulged, their social, emotional, spiritual and intellectual muscles can atrophy because they’re not exercised, so it’s our duty as parents to let them face measured hardships that ultimately help them grow. For example, I learned conflict resolution on a baseball field, where my friends and I had to umpire our own games; I learned discipline by tossing newspapers on driveways at 5:30 a.m. each morning; I learned patience sitting on a bench as a second-string basketball player; and I cultivated a work ethic closing a fast food restaurant each night at 11:00 p.m. Far too often today, parents safeguard kids from many of these experiences.

3. I would risk more and rescue less.

We live in a world that warns us of danger at every turn. Toxic. High voltage. Flammable. Slippery when wet. Steep curve ahead. Don’t walk. Hazard. This “safety first” preoccupation emerged over thirty years ago with the Tylenol scare and with children’s faces appearing on milk cartons. We became fearful for our kids, so we put knee-pads, safety belts and helmets on them… at the dinner table. (Just kidding on that one). The truth is, we’ve insulated our kids from anything that is risky.

Unfortunately, over-protecting our young people has had an adverse effect on them.

According to research from the University of Sheffield:

Sadly, adults continue to vote to remove playground equipment from parks so kids won’t have accidents, as well as request that teachers stop using red ink as they grade papers and even cease from using the word “no” in class. “It’s all too negative,” they say. Forgive me—but while I understand the intent to protect students, we are seriously failing at getting them ready for a world that is anything but risk-free.

As kids grow older, psychologists in Europe are discovering the adverse effects of this overprotection. Interviews reveal that young adults who grew up in risk-free environments are now fearful of normal risks because they never took any risks as kids. The truth is, kids need to fall a few times to learn it’s normal — they may even need to skin their knee. Teens likely need to break up with a girlfriend to appreciate the emotional maturity that lasting relationships require.

4. I would be less concerned with schools and more with skills.

Many parents I’ve spoken to work hard to position their kids to get into the best colleges possible. We bought into the tradition that the right school guarantees a great career. What many don’t realize is that the rules are changing. More and more employers are begging for skills sets, sometimes soft-skills, that many graduates simply don’t possess. Nearly three-quarters of hiring managers complain that Millennials — even those with college degrees — aren’t prepared for the job market and lack an adequate “work ethic,” according to a survey from Bentley University. In other words, the jobs were ready, but the kids weren’t, and to be frank, I don’t know one employer who’s asking about GPA in the interview.

What our kids need are life skills, developed in earlier work experiences. These skills can’t be developed in a classroom, but in real tasks that require risk.

Childhood may be about safety and self-esteem, but as a student matures, risk and achievement are necessities in forming their identity and confidence. According to a study by University College London, risk-taking behavior peaks during adolescence. This is when they must learn, via experience, the consequences of certain behaviors. Our failure to let them risk this may explain why so many young adults still live at home, haven’t started their careers, or have yet to experience a serious relationship. Normal risk-taking at 14 or 15 would have prepared them for decisions that require risks, such as moving away from home, launching a career, or getting married.

5. I would spend less on possessions and more on perspective.

The number one growing demographic of at-risk kids are teens who come from upper-middle class homes. Why? The more resources they have, the less resourceful they become. Possessions without perspective can lead to real trouble. If I were to do the parenting thing over, I would reward less and rewind more. Instead of giving them all this stuff, I would take the time to debrief experiences and offer perspective on them. Less ribbons and more reality… offered with tender, loving care.

Over the years, I learned my kids needed an equal but opposite dose of both autonomy and responsibility. Whenever they requested autonomy (the ability to act independently and free from adult supervision), I needed to provide them an equal amount of responsibility. One without the other creates unhealthy young adults. If my son wanted to borrow the family car for the night, he needed to fill the tank with gas. Teens who get lots of autonomy with little or no responsibility become brats.

In summary, I would prepare the child for the path, not the path for the child. 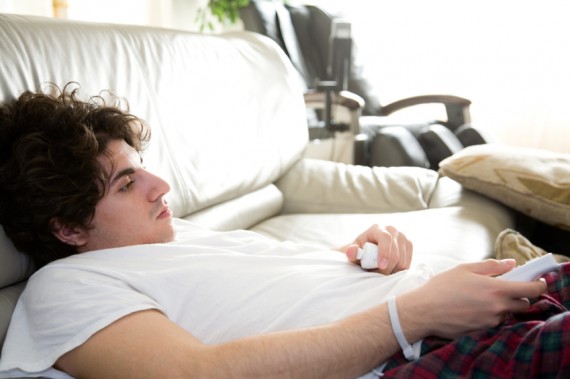 Five Signs of Entitlement in Our Kids 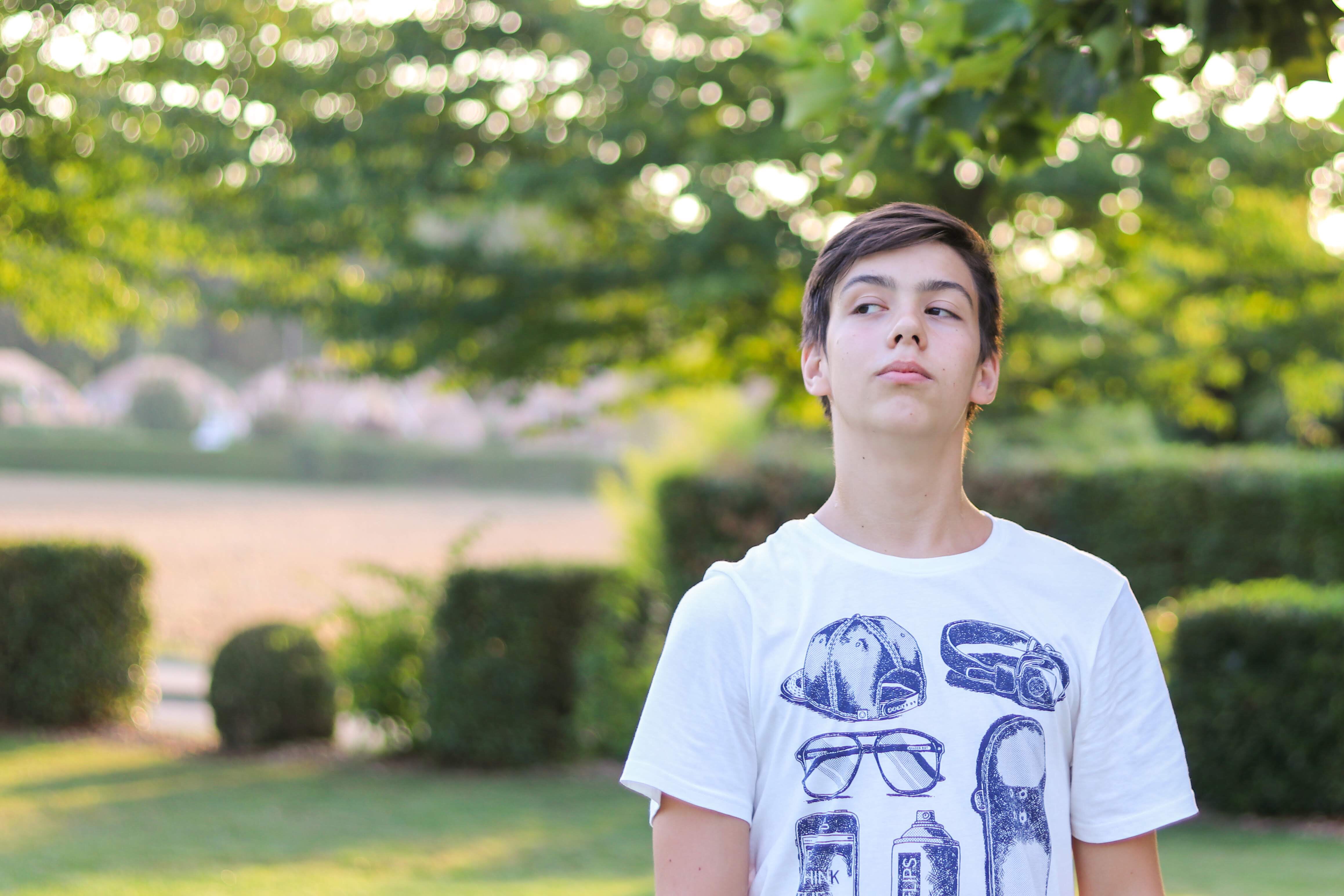