Yesterday and today, I am blogging about two fundamental changes I’m hearing about in schools and what they mean to our kids’ future. In Part One, I wrote about the “no touch” policies schools are employing worldwide. Today, I have another one.

We’ll Do Your Thinking For You

More and more, both parents and educators are choosing to simply “do the work for the child” instead of equipping the student to do it for themselves. This shows up in class, in the lunchroom, and on the playground, and eventually, this offers colleges an ill-equipped freshman on campus.

You don’t have to look far to experience the “we will do your thinking for you” mentality at schools. For example, you’d probably understand junk food being banned at some schools, especially with a nationwide push to battle childhood obesity. But a Flamin’-Hot-Cheetos-specific ban? This seems kind of random and selective, no? Yet schools in California, New Mexico and Illinois have banned just Flamin’ Hot Cheetos, citing the neon orange snack’s poor nutritional value. On the other hand, Doritos, Fritos or potato chips are still OK. Go figure.

Going to school is made bearable for many students because of the friends they make on campus. Friends can brighten up a day and offer a shoulder to cry on when needed. However, at a school in England, best friends are off-limits … to spare kids the pain of a friend breakup. We have no idea on how those schools plan on preparing kids for the real world, where breakups are a fact of life. But then again, this isn’t real life. It’s school.

And a school in Michigan now outlaws the use of backpacks in the hallways. Kids must keep them in their lockers. Even though backpacks have helped students for years to carry their books from class to class, they now are off-limits. Why? Administrators say it improves safety and reduces congestion in the halls. Wow. Is the trade-off really an improvement? Is it a Pyrrhic victory?

So what is my concern about these bans?

Once again, they attempt to solve a behavior problem with an external rule. But not only that, it seems school administrators have given up on any kind of training. They’re simply imposing policies on students and adults alike. If you’re an educator, please know I empathize with you. Teachers are my heroes. But these rules fall short of doing what we must do to prepare students for life. They do the thinking for the child, instead of teaching them how to think.

I don’t mean to over-simplify the issues, but I believe we need to make a philosophical change. Your thoughts? 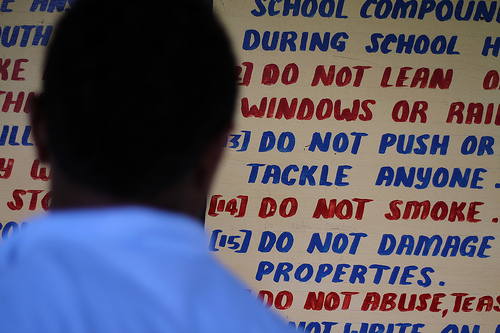 Accepting the Reality of Life After College 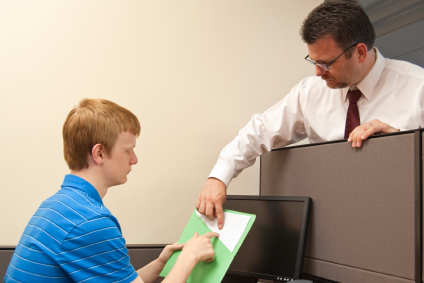