I have two friends who are sales people. Neither of them receives a base salary for their job, but both are making a good paycheck each month. They work completely off of commissions. When they make a sale, they make some money. Not only is their career going well, I’d say I don’t know anyone with a greater work ethic than these two individuals.  Why is this true?

Their job is completely based upon incentive. 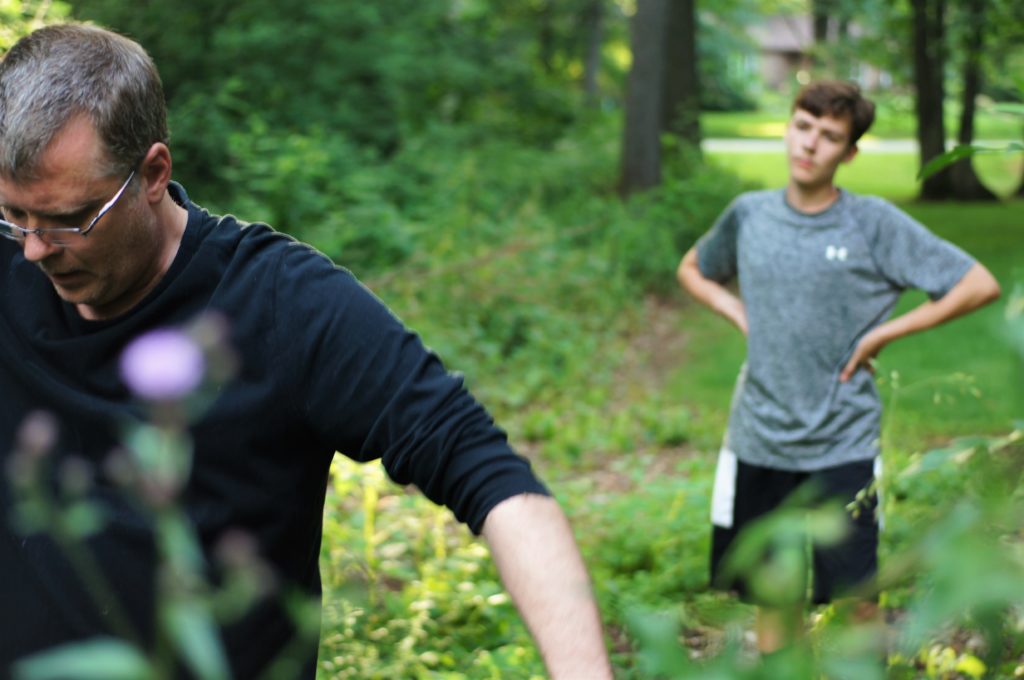 A sales job like theirs may not be the kind of job you’d like, but it does illustrate how incentive ignites action. These guys can’t assume any benefit will come their way unless they go after it. Income is not a right; it is a responsibility for people like this. In other words, they don’t assume they’re entitled to anything unless they work for it.

This is a picture of a principle in life.

A sense of entitlement has crept into our daily lives today. Not just young people, but almost all of us. We feel we have a right to perks that would have been luxuries a hundred years ago—things like air conditioning, indoor toilets, carpeted homes, automobiles, phones, televisions and entertainment. We expect these realities and complain when we don’t get them promptly. Me included. We feel they are a right.

Whenever we assume something is a right—we tend to lose incentive to earn it.

I remember years ago when serving downtown in a soup kitchen, I enjoyed putting on some gloves and working in the food line, making sure that lunches were given to anyone who entered the door. Newcomers were always the most grateful recipients. They smiled and said thank you over and over. They perceived the meal as a privilege. I noticed over time, however, that the free food was perceived differently by those people. Many stopped thanking us and began complaining when something wasn’t hot enough or they didn’t get a big enough helping. What happened? The privilege became a right. They felt entitled.

Too often, we’ve cultivated a sense of entitlement in our young people. I don’t blame them for it; they grew up under our leadership and we fostered it in them. We felt it was our job to give them perks that years ago were items kids worked for. Over time, we stole their incentive. When adult leaders rush to give privileges to our young, we treat those privileges as a right they possess. Minimally, they lose incentive to work for it. Let me offer a simple concept to diminish their sense of entitlement.

We must utilize the times when they have the greatest incentive for gain.

When our child, our student, or our athlete begins to demand, assume or desire something, we must do a motive check on the situation: who has the greater incentive for benefit- them or you? If it’s them, you will diminish their sense of entitlement by leveraging their incentive to get it. If they stand to gain, make that clear.

I’ve written before about my friend David and his son, Nick. Years ago, Nick wanted a new iPod that had just come out. Standing in the Apple store, Nick convinced his dad that this iPod would soon sell out and he’d lose his chance to get it. When David asked his son if he had the money to pay for it, Nick replied, “No! But we gotta get it or they’ll sell out!”

David told me later, “I had my credit card, but I also knew there were other issues at stake. I could either cultivate Nick’s sense of entitlement by buying it for him, or I could find a way to build work ethic in him. I was in a quandary: I wanted my son to get what he wanted but I wanted him to understand incentive.”

David came up with a wise solution. He bought the iPod for Nick but told him he would hold onto it while Nick made monthly payments on it. Once Nick paid it off, he would give it to him. David told me when Nick made the final payment, he became “the most grateful teenager in the world.”

Nick’s incentive was fostered because his dad had him work and wait for it.

Below are two scenarios you can leverage at home to reduce entitlement:

Show them the connection between getting their diploma or degree and the outcome they want. Don’t try to remove the work.

Instead of buying a car for them, let them know you’ll go half on the purchase. This will incentivize them to get a job and save their money.

Here’s a case study from education. A new experiment at a high school in New Haven, CT ended the year with “shocking” results: not a single one of the 44 first-time freshmen earned enough credits to move up to sophomore year.

The teachers, newly empowered to break from traditional practices, have begun to reinvent the high school experience by switching freshmen to a self-paced system where kids move up only when they’ve “mastered” specific skills. The goal is to make sure kids learn something instead of breezing through school with D’s. Unlike students at other schools, these 44 kids won’t have to repeat their freshman year. They’ll get an opportunity to finish their work over a new, four-week summer school. Then, if they need more time, they can start off the year right where they left off, instead of repeating entire classes. The key is they have to earn their progress.

The incentive is all theirs.

X
Six Ways to Help Students Make Good Summer Decisions…Generation ZWith summer upon us, many parents are processing how their kids can best use their time. It’s a difficult balance to strike. Too often, a typical sc…

The Connection Between Incentive and Entitlement

X
One Decision We Can’t Afford to Make with Our Kids…CultureWe all remember the story. It was Valentine’s Day in 2018. The tragic and awful school shooting that happened last year in Parkland, Florida. In all…