An issue continues to surface on college and high school campuses. It came up in the 1990s, and it’s back again. It’s about male students. Specifically, male leaders. Or, the lack of them. 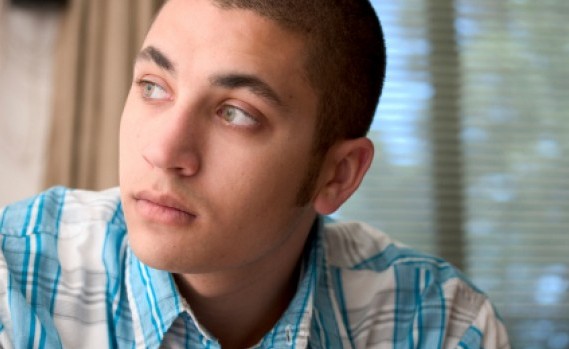 If you have plenty of male leaders on your campus—you are the exception. Deans, directors, coaches and principals are asking the question: How do we identify them and equip male leaders? Thanks to great efforts to provide opportunities for women since the 1970s (i.e. Title Nine), girls are everywhere; now guys are missing.

Why Are Male Leaders Missing?

Let’s take a quick look at what’s happening in our culture today. Why don’t we see more males leaders? I am sure the list below is not exhaustive, and some may find it invalid. I’m simply offering my observations as we work with thousands of campus administrators who struggle with finding enough healthy, male leaders.

In 1949, seventy percent of students were male. In 2009, it was just over forty percent. Guys are now the minority—which results in two realities: they avoid the pressure they feel to step up and serve. Instead, they enjoy the opportunity to be “in demand.” Frequently, schools dilute standards just to get guys involved. This male / female ratio has actually served to diminish the number of male leaders.

2. We train males for work not for relationships.

Consider for a moment the kinds of activities males engage in: video games, sports, technology and, oh yeah, classes. Few of these equip them to lead in relationships.

The average guy takes classes in math, science and reading, or perhaps his college major—but few have been equipped to develop their emotional intelligence. Self-awareness and social awareness remain low.

3. Males avoid involvement when they believe they will fail.

Not all of the time, but much of the time, males draw their identity from “conquest” not “connection.” Testosterone pushes them to achieve. They naturally want to go out and “win.” If they feel inadequate at building personal relationships—leading through personal power rather than positional power—they might just quit before they begin. Who wants to fail? Because women mature up to two years ahead of men between ages 16-24, guys can be intimidated by their disadvantage and withdraw.

4. Males have ingested chemicals that confuse their identity.

While I think it’s natural for males to want to lead, as boys, most have digested chemicals that reduce their ambition. Many have taken medication for ADHD and nearly all of them have unwittingly consumed BPA, thanks to the plastics they use and water they’ve consumed. Long after the meds have stopped being taken their personality has been altered. What’s more, BPA mimics estrogen in the human system—and confuses boys about their ambitions.

Approximately 62% of kids are growing up without their biological father. This is especially tough for boys; they may have seen no models of healthy male leaders.

Author Patrick Morley says 80% of males today are so emotionally impaired, they are not only unable to express their feelings, they’re unable to identify their feelings. The collateral damage is devastating. This makes stepping up to a leadership role difficult if not daunting.

6. Our culture has provided a faulty image of masculinity.

A cursory look at male heroes from Hollywood reveals two basic images: cowboys and playboys. They are either the strong silent type or the smooth talker who uses people to gain an advantage. Neither is in touch with his feelings or is wiling to be vulnerable and transparent with others. Their goal: keep your cards close to your chest and control your circumstances and outcomes.

7. Males may carry a wrong view of leadership.

Our picture of male leaders from Wall Street or Washington DC is about power and money. Those should be by-products not pursuits of healthy leadership. But males have either bought in to these notions, or completely opted out, despising what they see in corporate and political leaders. When males feel weak, they won’t disclose it. That would be political suicide. The weaker the man, the more he feels he must prove his strength. What comes across is a need to project one’s self-worth.

Increasingly, we live in a world of adolescent men. Men who act like boys. When a man acts like a child, he forces his wife (or girlfriend) to act like his mother. We have too many women trying to raise her children and her husband. Maturity doesn’t come with age. It comes with the acceptance of responsibility. So many guys center on sports, food, alcohol and sex…not accountability and responsibility.

We must cultivate strength under control not in control. The stronger the man, the less he feels he must prove anything. Here are a handful of suggestions to undertake on your campus to produce healthy male leaders.

a. Identify the few healthy male leaders and focus on cultivating them.

Even if you only have a few, call them out and invest in them. Meet weekly for one year, reading, discussing, holding them accountable to practice leadership. Spend time mentoring them; then challenge them to reproduce other male leaders.

b. Talk about the crying need for healthy male leaders.

Every chance you get, find fresh ways to reveal the great need for men to step forth, then cast vision for what could be if more males would answer this calling. Don’t put anyone on a guilt trip, just be forthright about the need for healthy male leaders.

c. Highlight and affirm the healthy male leaders on the campus.

This is often called, “Bell Sheep.” Hang a bell around the sheep you want the flock to follow. Be intentional about spotlighting good examples of male leadership when you speak, and affirm their qualities that can be replicated.

I’d love to hear your thoughts. What can be done to raise up more healthy male leaders?

X
Great Mentoring MoviesCultureOnce in a while, I post a fun blog about something from our culture. Several days ago I wrote about some great leadership movies that have come out ov…

X
Where are all the women leaders?CultureToday's blog is a guest post by Brenda Coomer, a leadership and life coach from Tulsa, OK. Brenda is a member of the Growing Leaders Speaking Team an…