Oh, how each generation living on planet earth experiences life through their own lens. The Baby Boomers have become people who live to work, while Millennials are often seen as a population who works to live. Japan has invented a new phrase in the workplace: “death by overwork” and is now trying to force people out of the office.

Each generation is marked by the realities they experienced while growing up: shared music, shared tragedies, shared icons, shared television shows, shared fears, shared heroes and most of all, shared technology. In this article, I’d like to remind you of how each of the last four generations has been shaped by the new technology released and how it’s changed them. Perhaps it will lend us some perspective.

How Each Generation Reacts to Previous Ones 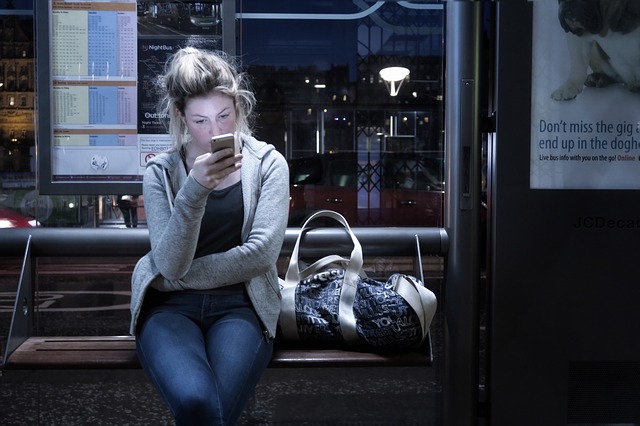 Historians Neil Howe and William Strauss insightfully reveal their research on each generation and explain how each one tends to react. Young generations tend to:

The modern and post-modern eras represent periods marked by innovative devices that change how we live. My dad, for example, remembers when every home finally got a telephone in his neighborhood and radios were the chief tool to broadcast news and music. Those items were new “technology” and when you owned them, you were “high tech.”

New Technology for Each Generation During Childhood:

The Evolution of Technology and Youth

Over time, the way technology affects us has evolved. Let’s pause for a moment and reflect on how each generation has ushered in a new lifestyle. Since I was a young boy, I have noticed the expansion of technology’s influence on people.

With Each New Generation Technology Has Become:

It’s important to note that while each generation had its own new “technology,” it wasn’t as pervasive for Boomers as it was for subsequent generations. In fact, with each new generation technology has become more ubiquitous, allowing society and culture to seep into our homes more easily. At first, families had one radio or TV in their home. Over time, however, families commonly accrued multiple devices—including more than one television, computer, phone or tablet. Today, thanks to technology, we don’t have to wait until the evening news to hear about a story. We have instant notifications from apps—in our hands within moments. Technology affects us because it is pervasive. It often penetrates every portion of our lives.

Ponder the evolution of technology in our lifetime: at first, families had TVs that were often the centerpiece of the family room. There was one device and we all knew what was being watched. If someone was on the phone, every family member was aware of who was on that phone. Later, we got computers, but they were desktops and there was usually just one—in the kitchen or living space for all to see what was on the screen. As time progressed, each of our devices became more private and personal and smaller. Soon, people could hide behind their own personal laptops. In our family today, we all have our own smart phones or watches and no one may know what’s happening on each one. Technology has progressed from public to private; from shared to personal.

Finally, while technology was always an influence on our lives during the last century, it seems to have become more powerful and influential with each passing year. It’s now front and center, a portal for our communication, our pictures, our news feed, our updates, our games, our entertainment, our music and our schedules. Our day-to-day lives are genuinely more impacted by technology today than even ten years ago. Some say it’s like an appendage to our bodies. Students put technology in the same category as air and water. Research tells us that some people use a portable device 80 times a day.

Today, those of us who lead the emerging generation must be more intentional:

1. We must remember every generation has its own “new technology,” and we must resist becoming judgmental about what’s “new” today. For instance, it is easy to get angry with kids who play games on their phones, but didn’t we play games at a video arcade back in the day?

2. We must recognize what’s timeless and essential for our young people, and offer guidelines to maintain those items. For instance, since technology is more private today we must work to maintain face-to-face community. We must insist on device-free zones where emotional intelligence is developed.

3. We must work to prepare our students to become self-sufficient, emotionally healthy adults. For instance, recognizing how new technology pushes them to neglect people skills, we must equip them with those skills. This may likely require project-based and experiential learning.

Hussein of Jordan said, “It is my firm belief that I have a link with the past and a responsibility to the future. I cannot give up. I cannot despair. There’s a whole future, generations to come. I have to keep trying.”

X
Four Questions That Can Help You Talk to Students About Pop Culture…CultureToday, we hear from Andrew McPeak. Andrew is a next gen researcher, speaker, and author for Growing Leaders. Every year, thousands of songs are rel…

X
Three Big Reminders from the NFL ProtestorsAthleticsI recently wrote an article to athletic coaches, attempting to help them navigate what to do when one or more of their players take a knee in protest …