Sonia Bokhari was an 8th grader when she joined the world of social media for the first time. She was excited, to say the least, to jump on Instagram, Facebook, Twitter and other platforms her friends were already on.

What she discovered made her feel betrayed.

Upon setting up her profile, she quickly found out her mom and sister had been posting about her for her entire life. Right before her young teenage eyes, were pictures of her that made her feel awkward and even a little violated:

In a recent article in Fast Company magazine Sonia said when she was younger, she could hardly wait to participate in social media. Upon reflection, she later wrote: “Then, several months ago, when I turned 13, my mom gave me the green light and I joined Twitter and Facebook. The first place I went, of course, was my mom’s profiles. That’s when I realized that while this might have been the first time I was allowed on social media, it was far from the first time my photos and stories had appeared online. When I saw the pictures that she had been posting on Facebook for years, I felt utterly embarrassed, and deeply betrayed.”

What her mother and sister thought was “cute” and “innocent” felt much different to the other person in the photo, which was Sonia. 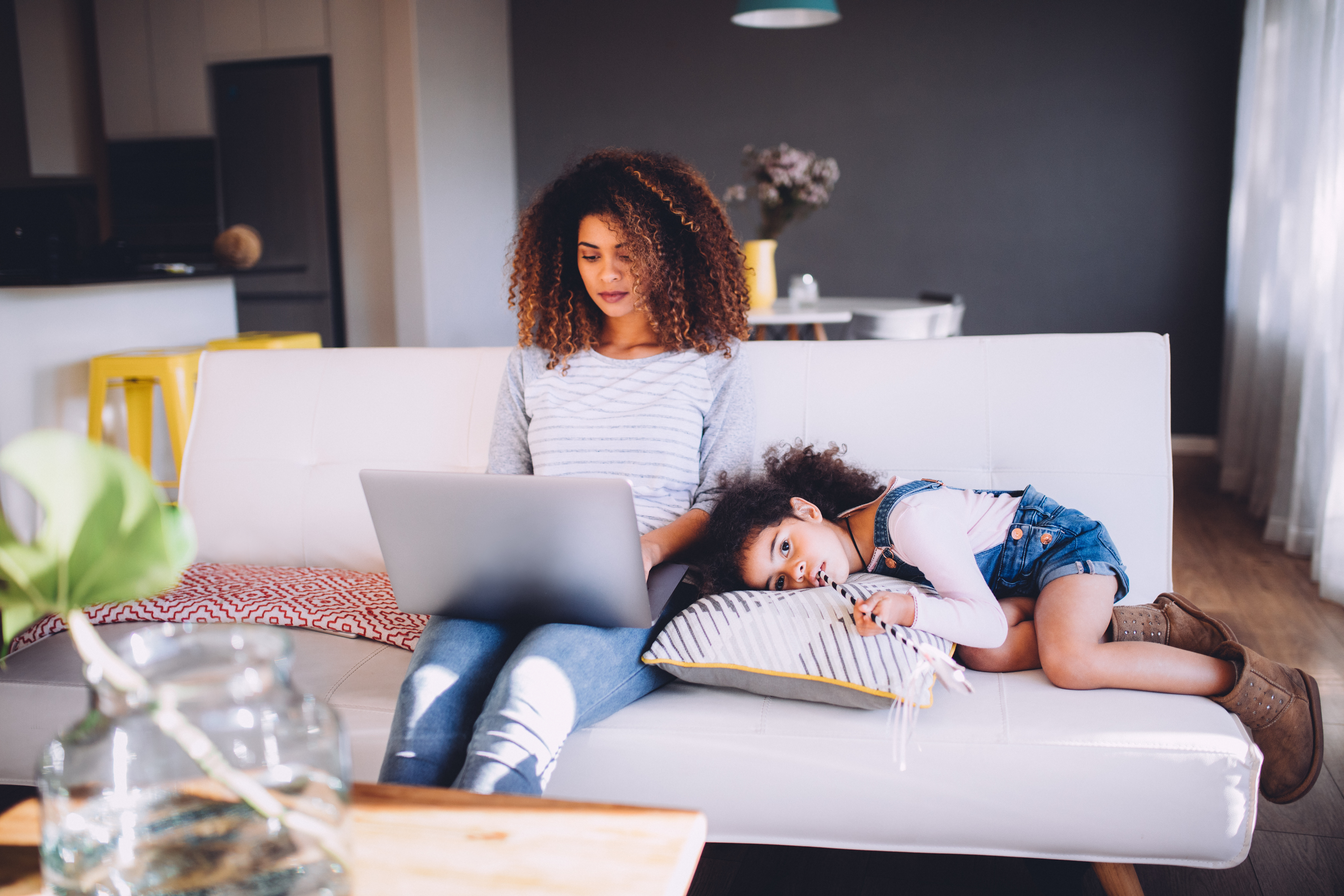 The Lesson for Adults as We Approach Social Media

I only bring this up because adult leaders—parents, teachers, coaches, youth workers—must practice what we preach.  If we want our kids to handle social media well, and be careful about what they post, we should think twice about posting THEIR photos on line for all to see. Sonia said it would have been different if her mom had merely shared some of those personal pictures to family members or close friends. Instead—her mom and sister felt the need to broadcast them on-line. Sonia wrote:

“Teens get a lot of warnings that we aren’t mature enough to understand that everything we post online is permanent, but parents should also reflect about their use of social media and how it could potentially impact their children’s lives as we become young adults.”

The fact is—our portable devices have both connected us and divided us.

Both teens and adults have felt compelled to post comments or content on-line. Some, I’m concerned, are more consumed with posting their life, than living their life. Several middle school and high school students openly acknowledged (in our focus groups) that they are “addicted to their portable devices.” This addiction that both adults and teens have, has hindered rational thinking. Technology has become our master rather than our servant. Recently, I heard a Florida businessman say:

When our phones had leashes, we were free.

Now our phones are free, and we have leashes.

That statement says it all.

So let me offer some simple ideas to consider when it comes to smart devices:

1. Keep your time on social media under two hours a day.

Research tells us that more than two hours is unhealthy. People are more vulnerable to anxiety and depression when on social media for longer.

If you include others in a picture, ask for their permission. This gives them dignity and enables them to retain agency on what’s posted about them.

As an adult, ask yourself why you want to post pics of your kids or students? If the pics don’t communicate respect for them, it’s best to not post them.

Try trading places with the people you’re about to post online. If you were them, would you like this photo or post? How will it affect their reputation?

Many posts on Instagram, for instance, are for the selfish pleasure of the one posting; often they’re narcissistic. Think of how the post benefits others first. 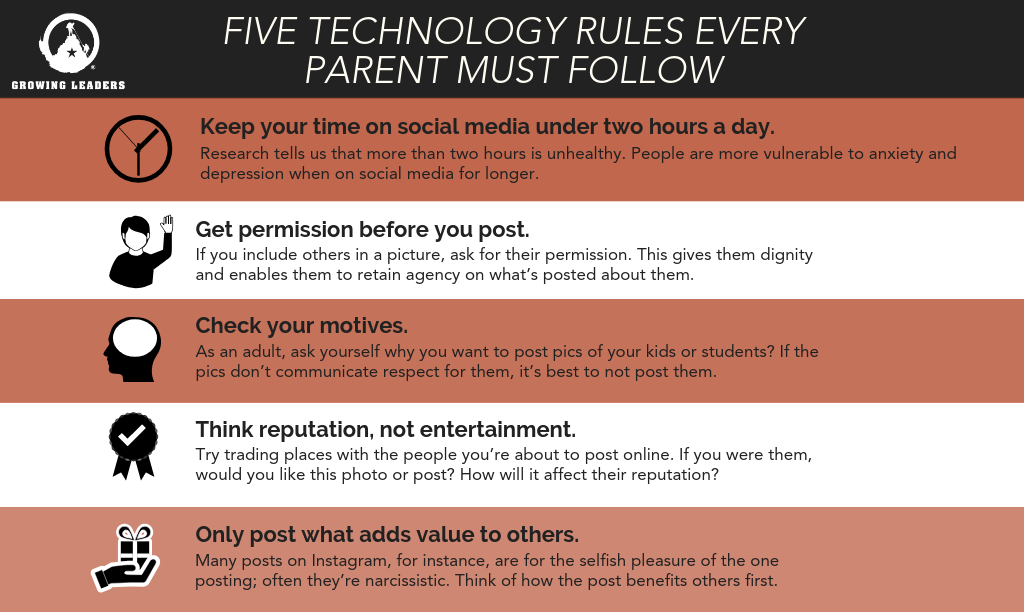 X
What Short-Term Thinking Does to Our KidsCultureHave you read the latest updates on the largest college admissions bribery scandal in our history?  The original story was—at least 50 parents paid…

X
Three Leadership Secrets from Bohemian RhapsodyCultureI turn 60 years old this year. I share this fact because it will explain my next few sentences. As a teen, I listened to the rock band, Queen. They we…