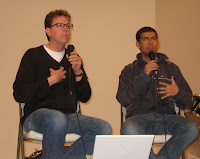 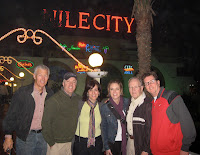 When my kids were growing up, we read a Dr. Seuss’ book called, And To Think That I Saw It on Mulberry Street. It was all about the unpredictable events that took place in a most unlikely neighborhood.

This week, Growing Leaders (our non-profit organization) took a six-person team to Cairo, Egypt. Like the children’s book, I felt we saw things I would have never predicted two decades ago.

For years, we have worked with a partner who has helped us gather top youth workers and students from all over the nation for leadership training. Over the years, we have met the following goals:

This year, our team co-hosted a three-day conference for over 360 youth workers in Wadi, about an hour outside of Cairo. They came from 10 cities. Their response was amazing. It was a “train-the-trainer” event for these adult leaders to return to their communities and equip students to be leaders. They got it. Let me share some highlights…

During the event, nine of the leaders got on stage and led a session where they taught a Habitude in Arabic for their colleagues. They were incredibly creative, using video, drama, stories, interviews, and diagrams.

During the event, there was laughter and tears as we committed ourselves to preparing the next generation in Egypt to lead the way in the future, as they assume key roles in business, government, education, and ministry the Middle East.

Fawzy, the translator for our team, said to us: “Do you realize what a key meeting this is? We have gathered the top youth leaders in our nation and didn’t just give them an emotion. We prepared them to be trainers for our youth. They and the students they lead represent the future of this nation.”

Our U.S. team was made up of Growing Leaders staff, friends, partners, and donors who care about equipping the next generation to lead. My dad even got to go on this trip. He turns 80 this year—and he loved the Egyptian people. We all fell in love with them as we got to know each other and shared common struggles, challenges and strategies.

Who would have thought this could happen? In this land that is almost always profiled as the “bad people” in scripture… in this land that is halfway around the world… and in this land that is now 90% Muslim, and often perceived as disinterested in Judeo-Christian values—we have built a bond of friendship and encouragement. In fact, we now have a whole bunch of new friends on Facebook!

We now plan to collaborate on a huge student and youth leader event in the future. It would include thousands students and adults from all over the Middle East for training. Our goal—to transform the atmosphere of this tumultuous region of the world.

I believe in miracles.

X
Favorite Books of 2009LeadershipEvery year in January, I post a list of the top ten books I read the previous year. This year, I will add the books I plan to read in 2010. Some I rea…

And to Think That I Saw It in Egypt...

X
Haiti: A Picture of Disaster and DriveHaitiMost of you who read this will remember the Tsunami in Asia a few years ago, and closer to home, Hurricane Katrina in 2005. Both natural disasters cau…