I know. This title sounds just plain strange. But it’s a perfect name for what’s happening across our country—and a syndrome we must address if student athletes today are going to become healthy adults.

Some years ago, we saw it coming. Sports Illustrated for Kids reported that 75 percent of their readers said they had witnessed out-of-control parents at their games, ranging from parents and coaches yelling at each other, or at kids or officials, to adults who got violent during a game. The kids surveyed said the coaches’ and parents’ obsession with winning—and their overzealous approach to youth games—were among the top reasons kids no longer enjoyed sports or wanted to quit. An informal survey conducted by the Minnesota Amateur Sports Commission found that 45 percent of kids had been called names, yelled at or insulted by adults when playing. 22 percent said they were pressured to play even when they were hurt, and almost one in five said they had been hit, kicked or slapped while participating.

John O’Sullivan summarized the problem well when he wrote, “So goes the all-too-common narrative for American youth these days, an adult driven, hyper competitive race to the top in both academics and athletics that serves the needs of the adults, but rarely the kids. As movies such as ‘The Race to Nowhere’ and recent articles from the Washington Post point out, while the race has a few winners, the course is littered with the scarred psyches of its participants. We have a generation of children that have been pushed to achieve parental dreams instead of their own, and prodded to do more, more, more and better, better, better. The pressure and anxiety is stealing one thing our kids will never get back: their childhood.”

So, What is an Avatar Parent?

As far as I can tell, the problem began not with coaches or leagues, but with parents.

I call these unwitting perpetrators, “avatar parents.” You know what an “avatar” is, don’t you? It is an identity a person can assume, a manifestation of a different persona. For example, in the game “Second Life,” users assume an avatar and can become anyone they want, from Brad Pitt to Lebron James to Lady Gaga. Sadly, in real life, millions of parents are assuming the identity of their own children. They are living out their unlived life through their child. Because they are too old to play sports anymore, they project their own emotional state on their kids. So they push and push—all in the name of “we want our kids to play their best and win.” They scream at them, all in the name of “we want them to reach their potential.”

In many cases, this is a façade. It’s more about the grown ups than the kids. As a result, the roles the children play… are the victims.

They burn out. They become emotionally scarred. They quit sports and they don’t get to see what a healthy, well-adjusted adult looks like. With all the intensity and pressure, it’s no wonder these kids still act like kids when they are 26 years old. Many of them never got to be children when they were young. What’s more, they never got to “own” their own life. A parent was always projecting their life upon them. Any sports psychologist will tell you that in order to pursue an achievement or activity for the long term, children need ownership, enjoyment and intrinsic motivation. Without these three things, an athlete is very likely to quit. A recent article from USA Lacrosse revealed that college coaches are actually looking to multi sport athletes in recruiting. Why? Because they have an upside, they are better all around athletes, they are not done developing, and they are less likely to burn out. Again, Sullivan writes, “You cannot make a kid into something she is not by forcing them into a sport at a very young age, and pursuing your goals and not your child’s goals. Things like motivation, grit, genetics and enjoyment have too much say in the matter. What you can do, though, is rob a child of the opportunity to be a child, to play freely, to explore sports of interest, to learn to love sports and become active for life. Chances are great that your children will be done with sports by high school, as only a select few play in college and beyond. Even the elite players are done at an age when they have over half their life ahead of them. It is not athletic ability, but the lessons learned from sport that need to last a lifetime.”

Guidelines to Lead By…

As healthy adult leaders, let’s make sure we don’t make our kids our “second life.” From GPS Learners to Compass-Guided Leaders 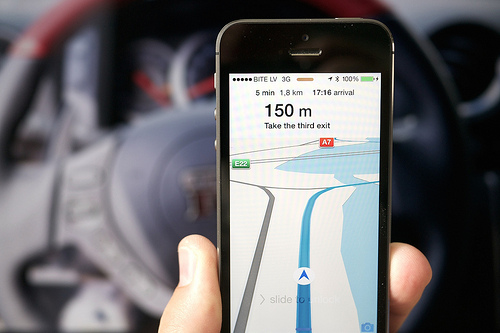