Are You a Coach or a Teacher?

Years ago, legendary basketball coach John Wooden told people that he didn’t see himself as a coach as much as a teacher. He referred to himself as an educator, and the game of basketball was merely a platform to instruct his athletes about winning in life. He succeeded profoundly. Reflect for a minute on your answer to this question: Are you a coach or a teacher? Coaches can be great, but often, our style shrinks to barking out orders and game plans (instead of teaching) when we’re faced with athletes’ disrespect or short attention spans. Coaching is about the “what.” Teaching is about the “why” and the “how.”

If you’re style is “old school” as an athletic coach, this may sound crazy, but today’s athletes — who’ve been empowered by technology and parents — require a different style in order to follow direction. It’s relationship-based coaching that wins them over at the heart level. Let me explain below.

Today’s athletes don’t need adults to get information. They have a Google reflex; information is available 24/7. So why not change your style to being an interpreter, to take time and explain why something is important and how to do it. John Wooden slowly taught his players how to put on their socks so they wouldn’t get blisters.

They spend more hours using Facebook or Instagram or Snapchat than watching TV. Why? It’s interactive. It’s personal. It’s short bursts of content. What if you adapted your coaching style to resemble social media? Interactive. Personal. Short bits of content they can digest. Your message may not need to change, but your methods might.

A few years back, Simon Sinek wrote a book called Start With Why. He argues that understanding the “why” is what gets a team on board with an idea. Once you explain the why, they gain a keen interest in learning the “what” or “how.” Too often, we rush to bark out “what” needs to happen—and never gain the hearts of our young players.

Too often, I’ve been guilty of merely telling young team members what to do. They don’t respond well to a “teller.” When we stop and actually teach them how to do something, explaining what’s behind a drill or practice or play, we win them over. Telling them gets you temporary behavior modification. Teaching them enables them to “own” the idea.

Young athletes today can smell a fake a mile away. If we don’t buy the message we are exporting to them—we’ll never get them to embody it. Demonstrate your passion not just with the tone of your voice, but with the routines of your life.

My favorite John Wooden story occurred when freshman Bill Walton came to play for him at UCLA. Bill had been heavily recruited out of Helix High School in San Diego, and he knew he was good. He arrived sporting a big, red beard his first year. As he sat with the other freshmen listening to Coach Wooden explain why he didn’t allow facial hair on his team, Walton decided to confront the silly rule. Wooden explained how he wanted them to look clean cut to fellow students and he wanted them to avoid the risk of catching a cold walking outside after showering. This was nonsense to Bill Walton.

After the meeting, Walton approached Wooden, looked down at him, and said, “I’m planning on keeping my beard, coach.”

Wooden looked up at his 6 foot, 11 inch freshman and replied, “You really feel strongly about your beard, don’t you, Bill?”

“Yes I do,” Walton replied.

“Well, then. I really respect people who possess strong beliefs,” Wooden responded. Then, after a short pause, he smiled and said, “We’re going to miss you, Bill.”

Wooden was a teacher who believed in what he taught. And he won the respect of his players. Walton shaved his beard and went on to win championships. Let’s go teach our athletes how to live a good life.

Six Measurable Outcomes for Schools Who Use Habitudes

Are You a Coach or a Teacher?

The Art of Learning Through Correlation 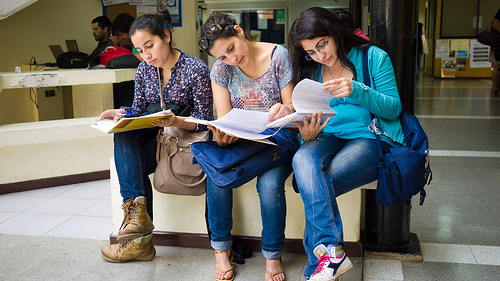