I met Uduak Afangideh, PhD, at Faulkner University five years ago. We met again this past fall when I spoke on her campus and talked about what we were both learning about engaging college students today. Originally from Nigeria, Dr. Afangideh is the Science Department Chair and Professor of Biology on the campus. She is also a gracious, life-long learner who is in her 23rd year of her career.

I am grateful she’s also a researcher, because she’s still studying how to bring out the best in her undergraduate students.

This astute professor reminded me how she made some significant shifts when she heard me speak on the complexion of students from Generation Z. She mentioned two specific truths I taught in my session that gave her pause:

She said she taught via lectures; she had all the answers, and she reused her same lesson plan for years—not recognizing kids don’t need adults to get information.

2. Students take ownership of what they help create.

She said she needed to let them create more of the classroom experience. She had controlled that space, but saw them practicing very little metacognition.

“You changed the way I teach,” she told me. “I chose to address those big realities (above) first, and teach in a more relevant way to this generation. Many of us are teaching as if we’re still in the 20th century.” She then added, “I needed to stop teaching what they could look up on Google.”

So, what changes did she make?

1. “Desks usually face the professor in a classroom. We had to make a change, since I no longer wanted to play the role of the ‘guru.’” So, Dr. Afangideh turned the desks around to face each other in groups of five. In these learning pods students began to teach each other; they came up with activities to get to know each other, and they started learning together in a community, sharing their discoveries. In each class period there is a group leader for each of the pods, and they can rotate. The leaders, however, get extra points for reporting the group’s discoveries to the class. The students not only ‘owned’ the content, but they listened to each other and took notes. It worked like a “live Twitter chat” or an in-person ‘Wikipedia’ upload experience.

2. “Since students support what they help create, I found ways to let them ‘create’ our classroom experience. For example, every year our syllabus was loaded with information, but I found students still asking questions about what was in it. I got tired of saying ‘just read the syllabus.’ So, I decided to let them create the syllabus.

I took my traditional syllabus and whittled it down to the things I can’t compromise on due to university regulations (i.e. the final exam must weigh 30% of class grade; they must do homework weekly.) The rest would be up to the students. Now, each semester begins without a paper syllabus. Dr. Afangideh tells her students: “I want it to be your syllabus, so you must create it.” And they do. She launches into the discussion the first week of class by saying: “I only want to teach what you want to know. What do you want to know about biology?” At this point, students begin weighing in. She was surprised to find that “everything they mentioned was what I wanted to teach them.” She then asked: “How many tests should we have?” Students differed on this one, but eventually, after debate, they chose the exact amount of exams I planned to give.”

Students chose the kind of class culture they wanted to have; they chose the topics, the rules, and the way they would interact with the subjects. It was uncanny how much they chose a healthy culture, the very one any teacher would want—but this time, they owned it because they chose it.

It Was Tough at First

Because this new way of approaching the classroom forces students to work at their learning and practice metacognition—it didn’t go over well at first. In fact, Dr. Afangideh told me, “I wish I could say that every semester, my students have been elated and thrilled at the prospect of being encouraged to take ownership of their learning. Sadly, but not unexpectedly, they have not. It appears the majority of my students got used to a system that requires nothing from them but to simply sit back, zone out and then memorize and regurgitate for a test. This means the initial reactions have been anything but gratifying.  The rewards have therefore come later in the semester and in the performance of these students as they engage with the material, with each other, find answers for themselves, learn how to meaningfully interpret data and apply concepts to real-world scientific scenarios. Every year, these gains make the initial resistance and opposition worth it for me.”

We End Up with the Same Conclusion

In fact, this was a discovery Dr. Afangideh made over and over. Once students think about the issues, they often come up with the right answer, drawing the very same conclusions as their teacher. But it turned out better, because the students practiced metacognition. The answers belonged to them.

From time to time, if they appear unready for discussions, she gives them a pop quiz to demonstrate what they’ve learned and what they haven’t; the students ended up choosing to take these quizzes each week to insure they learn. It’s amazing.

Dr. Afangideh closed our conversation by saying, “I’ve seen a difference in student performance since making these changes, five years ago.” They are taking more ‘ownership’ of their learning. I love it. While it would’ve been easier for me to continue teaching the way I did. I had to change, and I am so glad I did.

She even wrote a textbook as a result of all of these changes. In those textbooks, there is room for them to both read and to write.

This only makes sense now that she’s changed up her classroom. 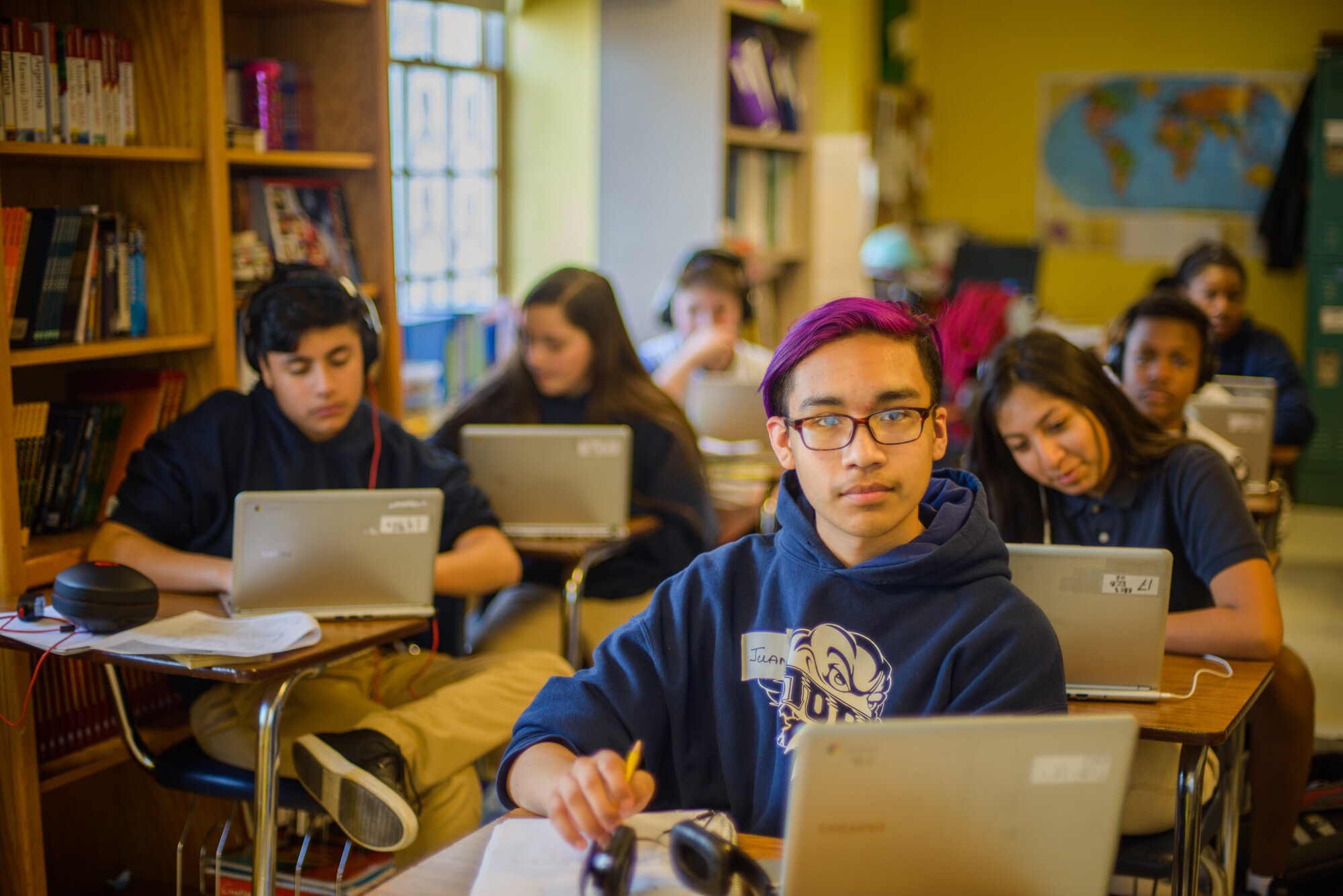 How to Increase Commitment in Students 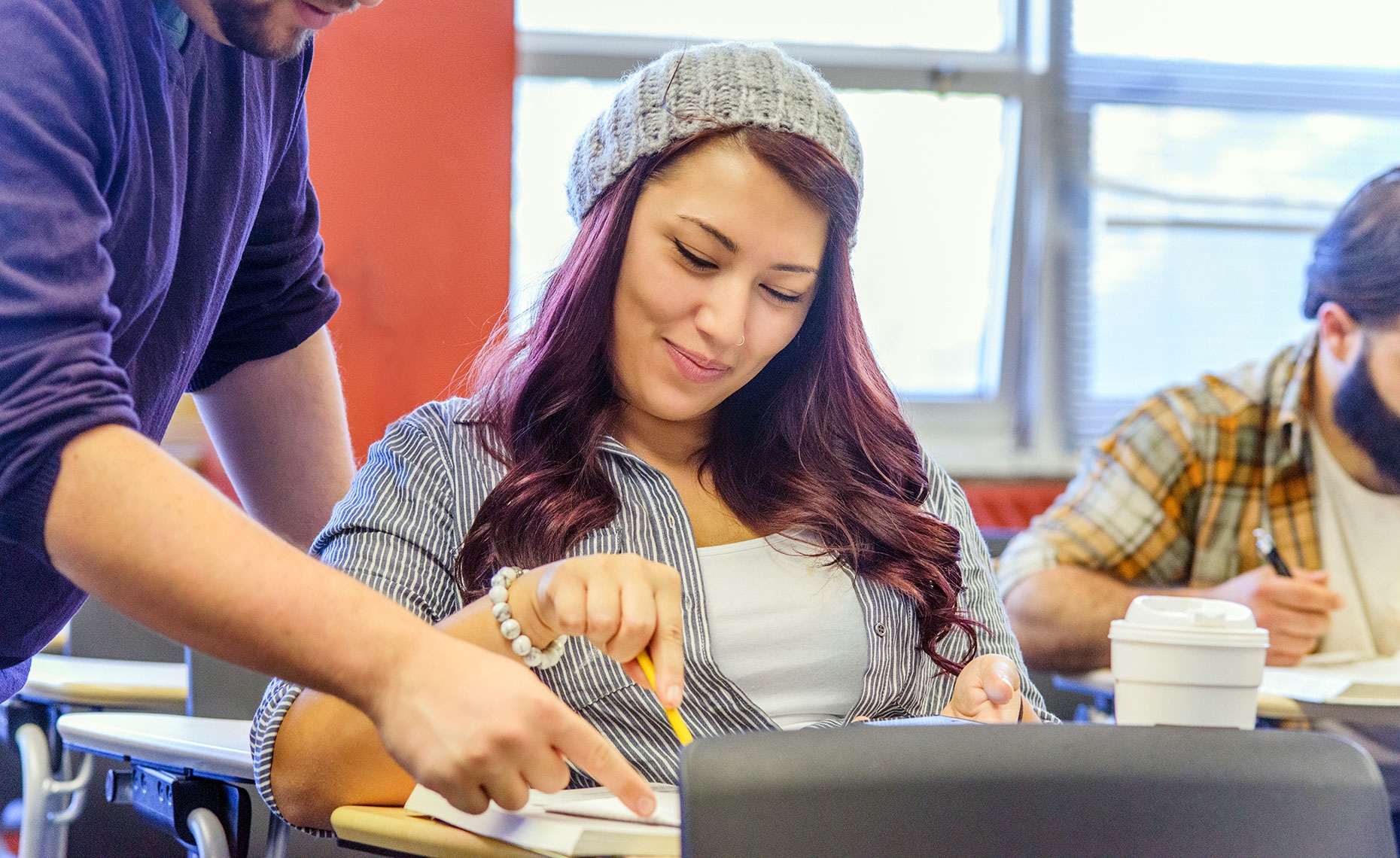